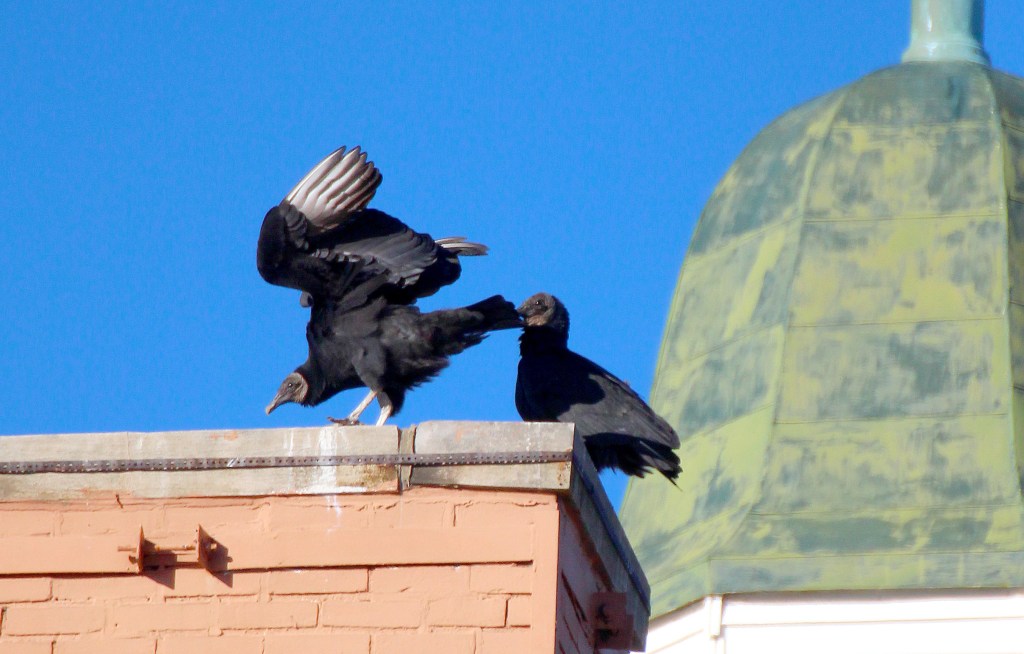 Danville has received a permit to kill some black vultures in an effort to drive a group of the federally protected birds away from a wastewater lagoon.

Mike Galloway, who works in wastewater treatment for the city, said Danville received a permit that could allow it to kill two of the birds. The city originally applied for a permit to kill 25 black vultures late last year.

City Engineer Earl Coffey confirmed the city has received the permit, but there’s still more work to be done in reading through the “fine print” and providing further information to Kentucky Fish and Wildlife.

“We’ve got to meet with (Danville Police Chief) Tony Gray to continue working through that permit process,” Coffey said.

The city first began looking into killing black vultures when a large number of them roosting around a city wastewater lagoon began picking at the liner on the lagoon, Coffey said.

“We had to make a decision then to protect that,” he said. “We were trying to figure out a way to move them out of that area. What we’ve found is it’s going to be very difficult. They’re a protected species.”

The vultures eventually moved away from the lagoon and city officials were unsure they would need to pursue the issue any further, Bridgette Lester, codes director, said in December.

Coffey said Monday the vultures are continuing to move around town and are potentially still a problem.

American black vultures are protected under the Migratory Bird Treaty Act of 1918, which makes it illegal, without a permit, to pursue, hunt, take, capture, kill or sell birds listed in the law. The act protects all parts of the birds and their homes, including feathers, eggs and nests.

Black vultures have been a problem for farmers in Boyle County for a while, said Jerry Little, agriculture agent for the Boyle County Cooperative Extension Office.

“It’s been going on for two years now,” he said. “We’ve got people in the county that have gotten permits to destroy a few.”

Little said Kentucky Farm Bureau has a statewide permit to kill the vultures, which it lends to farmers for free.

“Farmers that are being harassed can make an application to Kentucky Farm Bureau,” he said.

Black vultures tend to be seen in large groups and they are “a whole lot more aggressive” than the red-headed vultures common to the area.

“They will harass cows that are beginning to calve and that kind of thing,” Little said. “They can do a lot of damage to a calf as soon as it’s born. They actually go for the eyes first … they can make a calf blind in seconds.”

Little said there’s not much farmers can do to prevent black vultures from roosting on their farms, “it just has to be dealt with when it shows up.”