Special thanks to Coach Robertson for her daily work with the students preparing them for the competition. She is a valuable asset to the school and team.

A great day of competition for our students …and Best of Luck to our team at the Regional Competition. 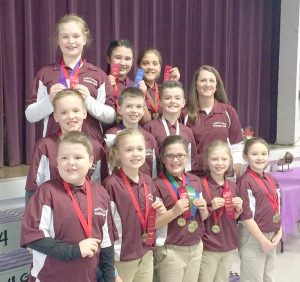