Officials open to spending more on Parks and Rec improvements 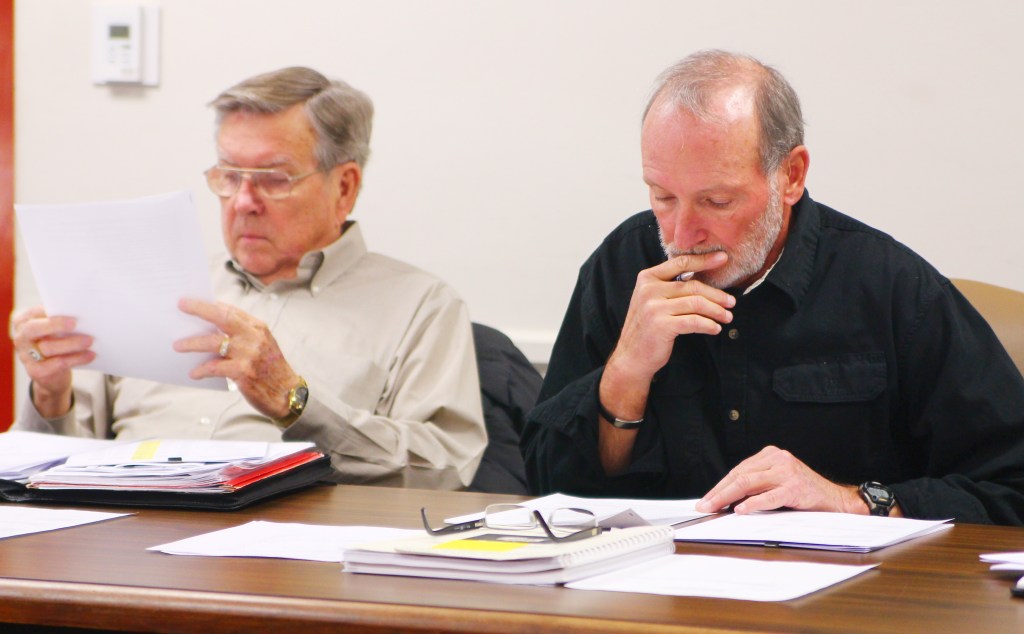 One thing is clear following a Parks and Recreation city-county committee meeting Monday: Officials with both Danville and Boyle County want to increase investment in the local parks system.

For Boyle County Magistrate Jack Hendricks, that means ramping up funding from the city and county for capital improvement projects. For the city, it may mean pursuing a parks master plan without financial support from the county.

Members of the ad hoc committee began by reviewing a “wish list” of 13 upgrade and repair projects for Millennium Park that was drafted in 2014, with an eye to which items are still needed and which may have fallen in priority.

A multi-purpose building, including extra restrooms, is the most expensive item on the list at $200,000. That was something everyone agreed should remain on the list, but Parks and Recreation officials said work hasn’t been done to drill down into specifics for exact dimensions or cost.

“We were asked for the list and we brought a dream list in. If we get further into it, then we’re going to have to decide where exactly this is going to sit, what parking lot we’re going to be able to use, when it can be used …” said Roger Ross, chairman of the Parks & Recreation board.

Ross said he would prioritize another big-ticket item on the list — moving tennis courts from the Bunny Davis recreational center to Millennium Park — above the multi-purpose building.

“I would put the tennis courts a little bit higher just because we need that parking space (at Bunny Davis) and we need to consolidate what we have,” he said.

Members of the committee decided to look more into whether two items on the list — a $50,000 pedestrian lighting project and a $160,000 trail repaving project — are really needed.

Parks and Recreation Director John Drake said issues with parking lots being dark while people are trying to leave from ball games at Millennium Park may be due to malfunctioning lights, not a lack of lights to begin with. The trails at Millennium are currently on a nine-year repaving plan and were last repaved in 2009. But board members agreed it might not be necessary to repave them all again in 2018.

Some of the projects on the wish list are included on a draft plan for how Parks and Recreation could spend its $100,000 in capital project funding in the 2017-18 fiscal year.  That funding comes from the city and county, which each provide $50,000 for capital project improvements.

Under the draft plan, $40,000 of that funding would go to repaving a soccer parking lot and adding to parking at the basketball courts in Millennium Park — two items that are on the wish list. Three more wish list items would be addressed if the city and county provided an extra $75,000: building a pier onto the lake, completing a PA system for the softball complex and resurfacing the baseball parking lot.

A $40,000 “maintenance storage area” item on the list shouldn’t be prioritized, members agreed. A $25,000 plan to add trails on the north side of the park is no longer a good plan because it would interfere with how people now use the park, Drake said. A $175,000 amphitheater project was not discussed. Officials have previously highlighted the amphitheater as an item that would no longer fit at Millennium Park and may no longer be needed.

Magistrate Hendricks said even if the wish list was narrowed to $700,000 in projects, it would still take seven years to complete at the current $100,000 annual level of funding.

“We might want to up the ante this year and next year for these capital improvements,” he said, suggesting the committee members go back to the city commission and fiscal court with the idea. “Is there any support for the idea of maybe each one of us look at putting more in and trying to get more accomplished in the next two years? Because I don’t think seven to nine years down the road is acceptable. I don’t think we need to be putting these things off that long. Because by the time we do that, there’s going to be another $1 million worth of stuff that needs to be done.”

Danville City Manager Ron Scott said “as far as I know, the city is still intending to have a study completed in order to prioritize our needs.”

“I think I would be remiss if I didn’t have that report ahead of me before recommending capital projects,” Scott said.

Danville officials have previously expressed support for developing a new master parks plan, since the last master plan was completed around 20 years ago. Such a plan would study the area’s current parks facilities along with the wants and needs of the community in order to prioritize where parks money should be invested.

The architectural firm Brandstetter Carroll has agreed to a $50,000 fee to help develop such a plan. Danville has asked Boyle County to split the cost 50-50, but Boyle County magistrates have not agreed that such a plan is needed. City commissioners have previously stated they’re open to paying for the entire project if the county is unwilling to participate.

Members of the ad hoc committee agreed Monday that regardless of what priorities come out of the study, paving of parking lots is something that needs to be addressed.

Hendricks suggested the city and county each contribute $25,000 in the next fiscal year so Parks and Recreation can have an additional $50,000 for paving.

“Blacktopping is cheaper right now than it’s been in years,” he said.

Judge-Executive Harold McKinney said he hears “consensus” that the city and county need to “revisit” the amount of funding they provide for parks and recreation capital projects.

“It needs to be something we talk about in our budget sessions,” he said. “I don’t think it’s something any of us want to turn our back on.”

In other business, the ad hoc committee reviewed a draft budget for the next fiscal year that would need to be presented to and approved by the city and county during their budget-setting processes. Drake said the proposed budget grows by 4.1 percent and calls for an increase of $10,000 in funding from both the city and county.

The 2014 wish list of Millennium Park capital projects includes 13 items. Parks and Recreation ad hoc committee members gathered Monday to hash out which of those items are still important. Some of the items are proposed to be funded with Parks and Recreation’s annual $100,000 capital improvements funding in 2017-18. Others are proposed to be funded in 2017-18 if an additional $75,000 in capital improvements funding is provided. These are designated below as either “funding identified in 17-18” or “possible with expanded funding,” respectively.

B. Tennis courts moved to Millennium Park ($120,000) — still a priority, no funding identified