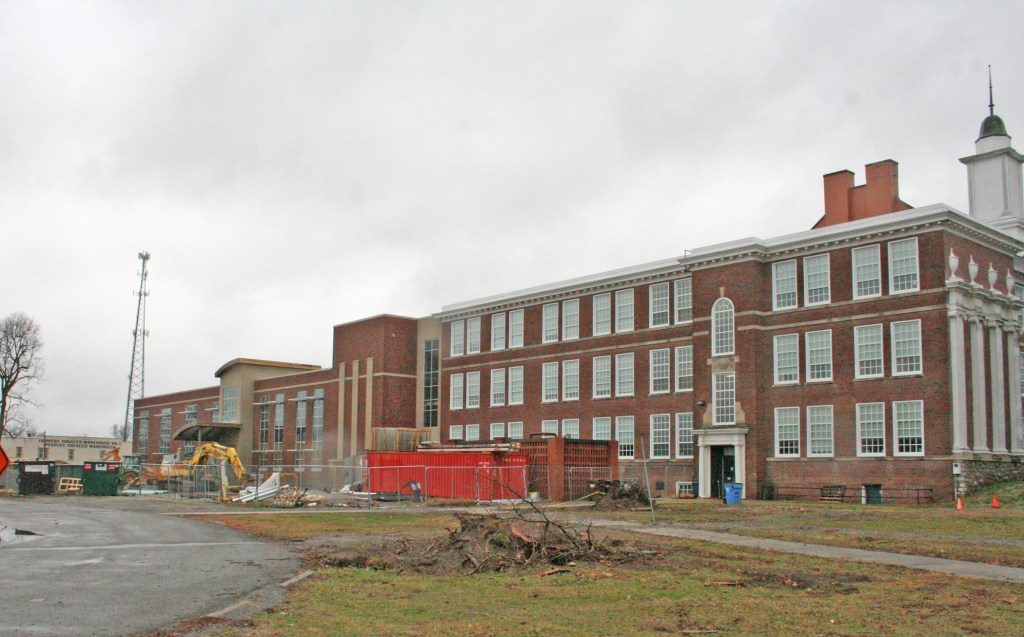 Kendra Peek/kendra.peek@amnews.com New meets the old as the addition to the Toliver Elementary School is nearing completion.

A special-called meeting will be held to give the Danville Board of Education a chance to answer some lingering questions about the Toliver redesign project.

The discussion, which was listed to take place during Monday’s working session meeting, was delayed so that more time can be given to it. The special meeting will be 6 p.m. March 28 in the Danville High School FLEX room.

“We felt like doing it tonight was just going to be a little too much,” said Board Chair Paige Stevens during the meeting. “We’re going to wait until we can literally focus on just this.”

Look said during that meeting the board plans to sit down and compile all of the questions they’ve been asked about the new plan, such as the colors of the school.

“We’re trying to develop the FAQs. Once you develop the questions, you also have to have the answers,” he said.

Look said the answers may not be decided that night, but the board will at least put a timeline on when those answers will be available.

“The answer might be, ‘We’ll figure this out in October,’” Look said. “Those things that we can answer, we will answer and those things that need a little more time — at least people will know, ‘I can stop worrying about this, because they’re not going to give me an answer until this date.’”

The board also learned that there are currently four architecture firms expressing interest in working on Hogsett, when it is ready to be renovated for students, beginning next year.

Also, the board discussed:

• more about the school allocations and the district budget;

• reviewed the policy for the Bate Middle School one-to-one computer plan; and

• heard an update regarding the district public relations plan.