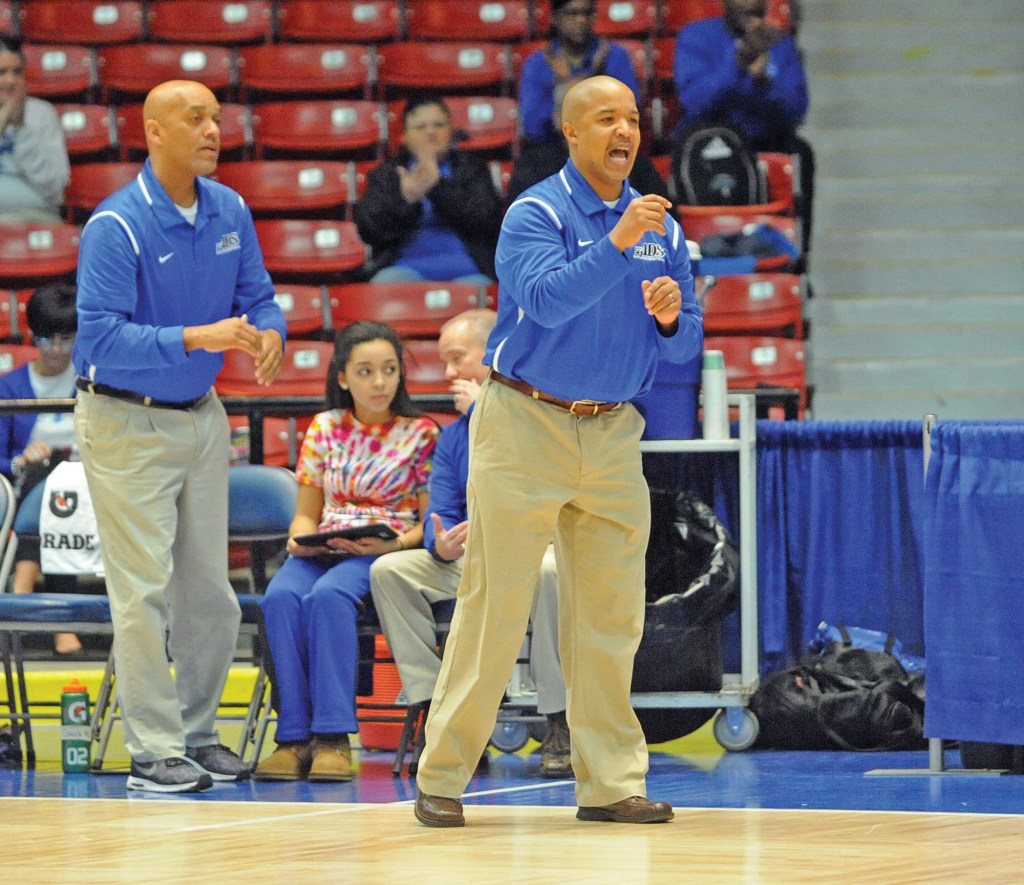 The term sophomore slump isn’t just a cliche, it’s a fact of life. It can be tougher to follow up a successful debut than to actually have that first run. Just ask any number of musicians, authors, athletes or coaches.

The Admirals went 18-9 this year, posting a 6-0 record in 45th District regular season games, their first undefeated run in the district since the realignment. It all leads to Menifee being voted as The Advocate-Messenger All-Area co-Coach of the Year for the second straight season.

“It really means a lot as a second-year coach,” Menifee said. “It shows that the hard work put in to make our team better was noticed. In coaching, I have always tried to make my players better people first through hard work and discipline and that would carry to the court.”

In Menifee’s first season with the Ads, they went 16-16 and advanced to the 12th Region tournament. Unfortunately for the Ads, there was no return trip to the region after they lost in the first game of the district tournament.

“Seeing how we lost in the first round of district tourney as the No. 1 seed and Lincoln (County) made it to the regional finals, it is something the team should be proud of,” Menifee said of the undefeated district run. “The 45th District is very balanced and tough, along with our region with Mercer (County) bringing home the state title this year.”

Menifee had the advantage this year of having the bulk of his talent back from a year ago, among them All-Area players Ivy Turner, Alyvia Walker and Zenoviah Walker. His system seemed to be tailormade for those players, who flourished in his uptempo, full-court, high-pressure scheme.

After winning last year’s award, he admitted the girls needed time to get adjusted not only to a new coach and game plan, but also to a new person being in charge. Starting midway through last season, the Ads are 27-14, including a 9-1 mark in regular season district games.

Now two years into his return to Danville, Menifee has cemented himself as one of the region’s best coaches. All of this from a man who’s hiring raised a few eyebrows before last season, considering he’d never coached a high school team — his experience as a head coach coming with AAU teams — let alone coaching girls.

With one of the best players in the area returning next year in Turner (19.6 points per game, 5.2 rebounds per game), Menifee’s reputation, and that of the Danville program, is only going to rise.

“I have gotten a lot more comfortable over these two seasons,” Menifee said. “The main thing is I had a great group of girls who I coached that made it better each day to become comfortable.”