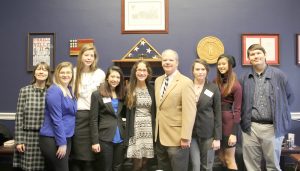 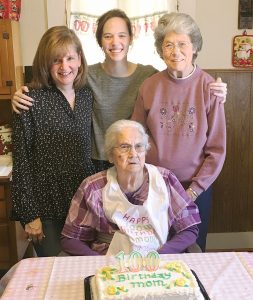 Sarah Beasley, of Burgin, turned 100 on March 7. She celebrated with with her granddaughter Trish Dunbar, great-granddaughter McKenzie Dunbar, both of Salvisa, and her daughter, Rella Pennington of Harrodsburg.
Boyle County High School Key Club 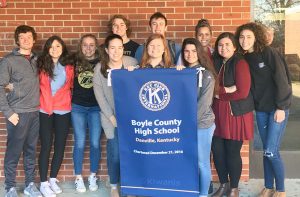 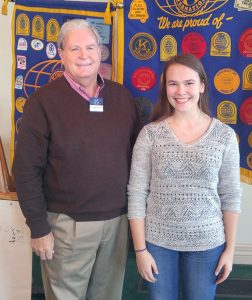 Jamie is pictured with Philip Nichols, President of the Kiwanis Club of Danville.

Jamie plans to attend Northwest Missouri State University in Maryville, Missouri in the fall, and major in theater with an emphasis in stage management. Her activities at BCHS have included: member of the Key Club; member of BCHS marching and concert bands; dance classes, including ballet, pointe, jazz and tap; involved in several productions at West T. Hill and Ragged Edge Theater productions, including “The King and I”, “ Oliver”, “Once Upon a Mattress”, “Pride and Prejudice”, “The Seussifaction of Romeo and Juliet”, and “The Best Christmas Pageant Ever.” She is an active member of First Christian Church. Her parents are Larry and Linda Thygesen.