Weddle surprises herself, has successful return to Casey 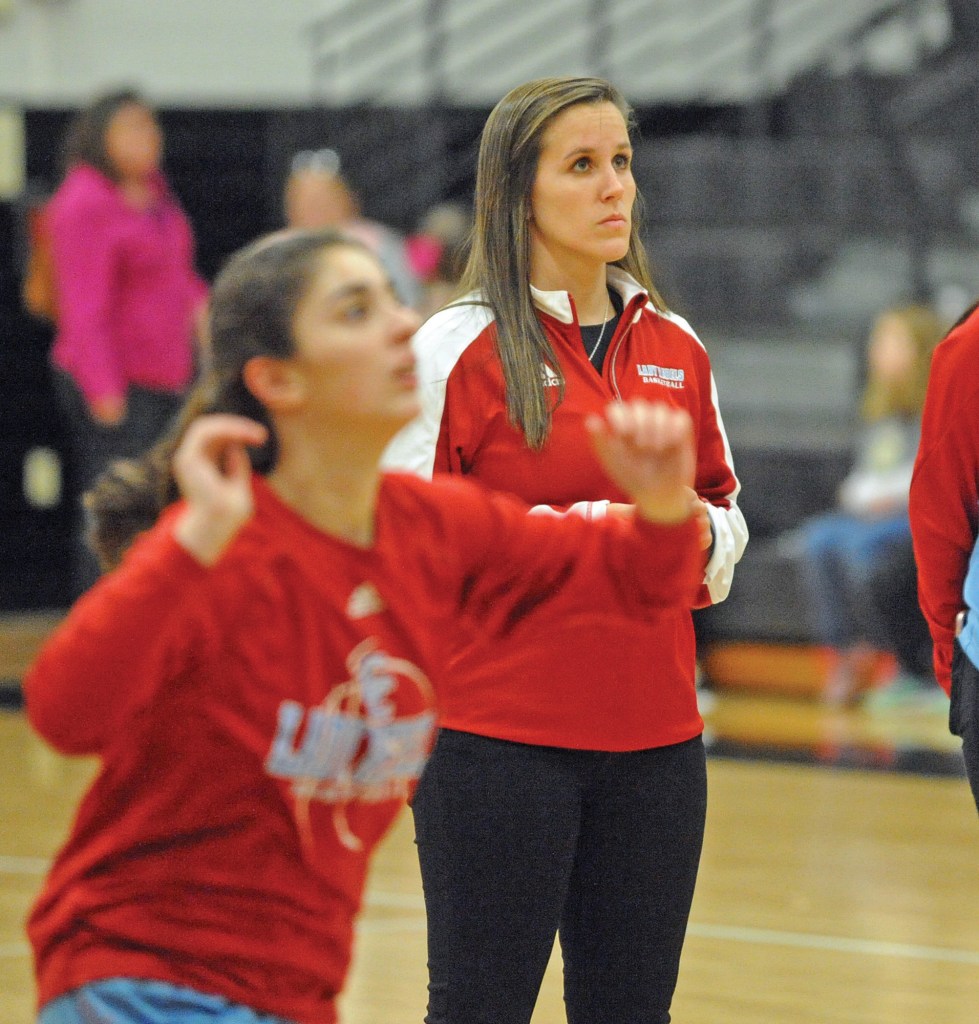 Tara Weddle admits she would have laughed in anyone’s face who asked her to coach or work in the Casey County school system.

But four years ago, the right person asked her. And not only didn’t she laugh, she jumped right in.

Weddle came back to her alma mater to work for her coach, 12th Region Hall of Famer Randy Salyers. Two seasons after Salyers retired, Weddle found herself in the head coach’s chair for the Rebels and excelled in the role, so much that area coaches and media voted her The Advocate-Messenger All-Area co-Coach of the Year.

The Rebels rebounded from two disastrous seasons — going a combined 17-49 — to post a 20-10 record this year. Maybe not so coincidentally, It was their first 20-win season since Salyer’s last year in Liberty.

“It was an amazing experience, with the exception of the outcome, and I’m not sure I will be over that until I get redemption,” Weddle said. “… Had coach Salyers not asked my to help him four years ago, there is no telling where I would be or what I would be doing.

“So I guess with that being said, there is nowhere else I would want to coach than on his court and in the gym where I learned the game.”

She said her first year as a head coach was greater than anything she could have hoped for.

“It was so much more than I ever expected,” she said. “The excitement, time, emotions, adrenaline, preparation, every aspect of coaching in general and in the town I grew up surpassed all of my expectations.”

She didn’t step into a situation with proven veteran players or upperclass leadership. Of the eight players who appeared in at least 20 games this season, only two weren’t freshmen, Sarah Harne (senior) and Myla McGowan (junior).

The Rebels were led by a talented freshman class, including All-Area players Gena Cravens (15.2 points per game, 3.2 rebounds per game) and Lauren Lee (11.6 ppg, 4.1 ppg).

“I wouldn’t say there is a secret or key,” Weddle said about getting the most out of a young team. “They are an amazing group of girls. They work so hard and no matter what I ask of them they will do it with minimal hesitation and complaints.

“I have a good relationship with the girls outside of basketball as well and I think that helps. They know they are so much more to me than game pieces and they are ultimately more important than the game itself. Not to mention they are also a talented group of girls, which helps everything.”

The Rebels buzzed through the first three months of the season with an 18-4 record, placing their mark atop the teams in the region. However, they struggled to a 2-6 finish, including a loss in the first game of the 47th District tournament.

And despite being in her hometown, Weddle didn’t seek outside opinions or influence during the highest of the highs or lowest of the lows.

“Other than my coaching staff, I didn’t really seek anyone for advice,” she said. “I am a person that keeps to myself a lot, so basketball advice never went outside of my coaches.”

But that doesn’t mean she didn’t appreciate the support from the community.

“Coaching in my hometown was amazing,” Weddle said. “Everyone in the community was so encouraging and supportive. It makes you feel good when the majority of the county believes in you and supports you.”

As Weddle showed this year, the Rebels program is back on track after a couple down years. With a coach firmly in place and three more years from a talented bunch of players, there’s no telling where the Rebels can go.

And in more ways than one, this season will serve as motivation for the team, especially the loss which ended the season.

“Shewww goodness, I still get so upset when I think about it,” Weddle said. “We will use that loss as a fuel for the future. We learned that nothing will be handed to us, especially during tournament time.

“I think they had a lot to prove this year, and they did. However, I think they now know what they can do and accomplish, which will hopefully be a confidence boost. They know they can do it and I think that is key to fueling the future.”