Better is out, bold is in; Boyle rebrands with new tagline, ‘Historically Bold’ 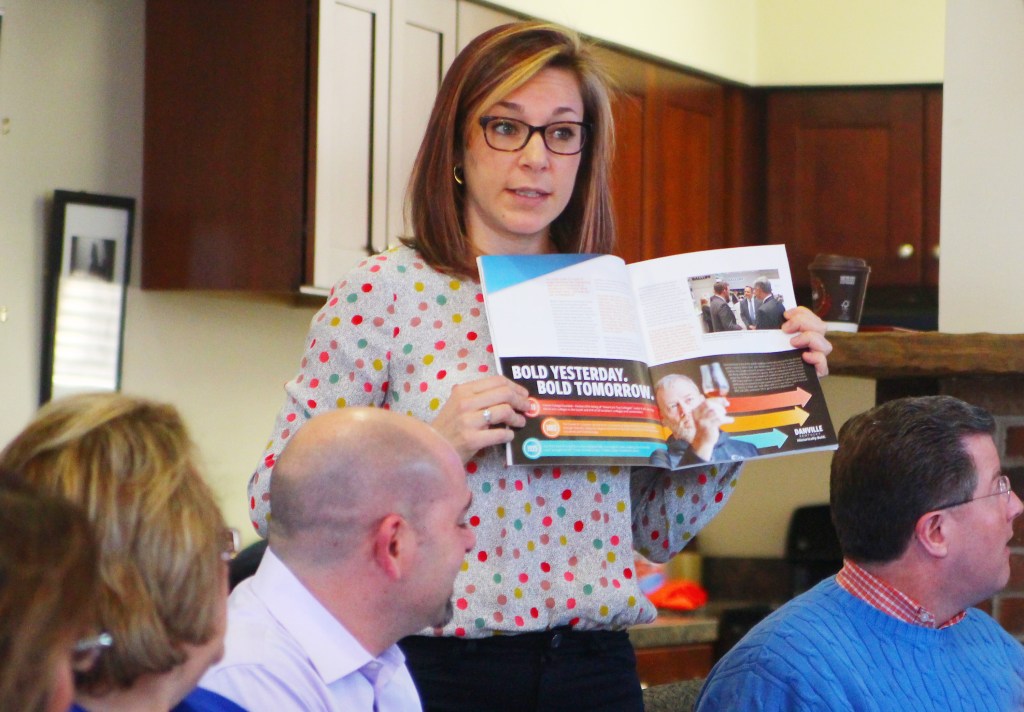 Ben Kleppinger/ben.kleppinger@amnews.com Jennifer Kirchner, director of the Convention and Visitors Bureau, displays a large advertisement using the new tagline “Historically Bold” during Wednesday’s meeting of the Economic Development Partnership board.

“Historically Bold” is one of the first results to come out of a rebranding process that began around two and a half years ago. Jennifer Kirchner with the Convention and Visitors Bureau said the new tagline is premiering on advertisements placed in Site Selection magazine’s March issue — the same issue that ranks the Danville micropolitan area as the ninth-best in the nation for economic development — and Think Kentucky, an annual statewide economic development publication.

“It thrilled me to death that the city was willing to partner with us on that,” Kirchner said.

The ad won’t be liked by everyone, but that’s potentially a good thing, Kirchner said.

“Even if you don’t like it, that can be good, too, because you’ve still talked about it and thought about it and now you’ll remember it,” she said.

While the tagline is finalized, a logo is still in the works, Kirchner said. 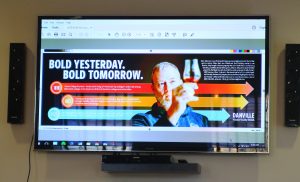 “There’s a lot of emphasis put on a logo because it’s what people see, but … what’s important is the story we’re telling,” she said. “While it’s the most recognizable part of a branding project, it’s not the most important part.”

Kirchner first announced plans to work with the branding consultant company Chandlerthinks on the rebranding process in April 2015.

Hiring the company is costing around $38,000 in all, with the CVB contributing $20,000; the Heart of Danville and the Boyle County Industrial Foundation each contributing $5,000; and the EDP contributing the remaining funding, Kirchner said. The Boyle County Chamber of Commerce and Main Street Perryville are involved but were unable to contribute funds, she said.

Steve Chandler with Chandlerthinks will return to Boyle County around mid-April to guide local agencies in implementing the new logo, tagline and “story” that leaders want to influence the public perception of the area, Kirchner said.

Chandler will provide, among other things, an implementation guide showing how to display the new brand in different places so that businesses, industries and individuals can “adopt” it, Kirchner said.

“That’s where the rubber meets the road on the branding process because what we’re trying to do is have one unifying message,” she said.

The logo will be “simple,” she said.

The reason for “Historically Bold?”

“We can easily demonstrate why we’ve been historically bold. There’s hundreds of years of experiences starting with the birthplace of Kentucky,” Kirchner said, referencing Constitution Square, where founders of the state first met to begin hashing out the Kentucky Constitution. “But beyond that, what really sealed the deal is that it’s aspirational. It continues to challenge us to be bold, to be a small town that does big things.”

As the rebranding process finishes up, one of the changes will be in the website URL for the EDP — it will change from betterindanville.com to historicallybold.com, Kirchner said.