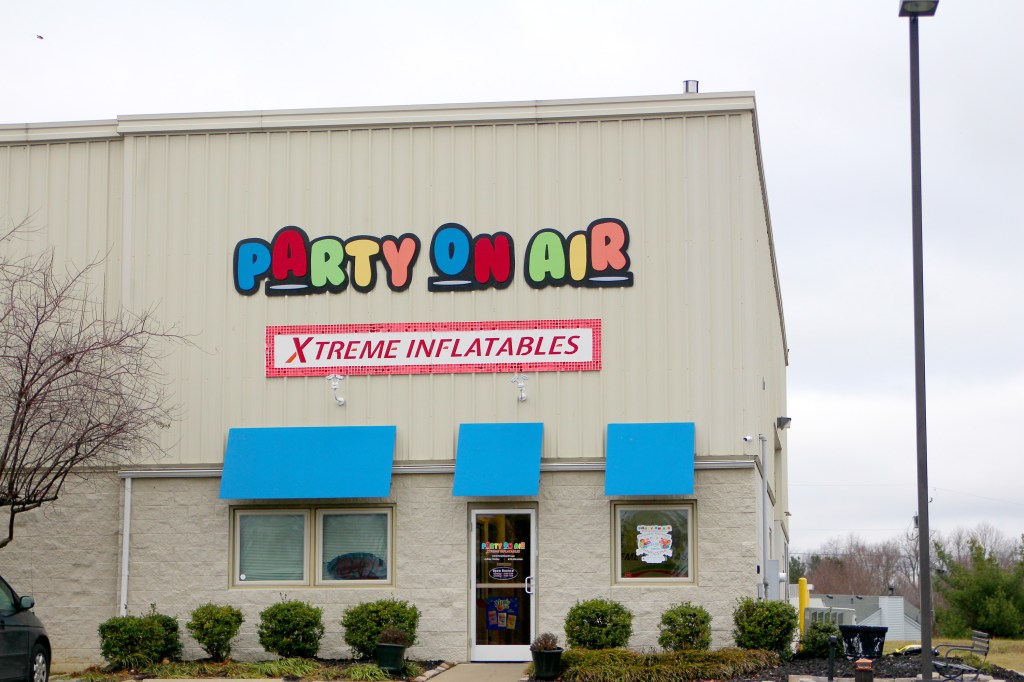 File photo by Ben Kleppinger Party on Air is an inflatables business along Whirlaway Drive in Danville.

Danville City Commission has given final approval for a zone change that will allow a local business to expand.

Commissioners voted unanimously to approve the second reading of a zone change requested by Party on Air this week.

The inflatables business contracted to buy a lot behind their current location on Whirlaway Drive along the north end of the bypass, contingent on the zone change.

A conceptual plan presented to the Danville-Boyle County Planning and Zoning Commission calls for construction of a building and a parking lot on the lot, which technically has a War Admiral Road address. The building and parking lot would be accessed from the Whirlaway Drive entrance to Party On Air and no entrance would be added on Whirlaway, which is a residential area, according to officials.

Party on Air is run by Ashley Wesley and her husband, Joe. The Wesleys spoke with adjoining property owners as part of the P&Z process that led to the Danville City Commission approving the zone change. No neighbors had objections, according to the Wesleys and their attorney, Tom Hensley. No one voiced opposition to the zone change at any of the P&Z or city commission meetings.

The expansion is expected to allow Party on Air to provide a space with inflatable attractions for older kids and help keep the business in its current location.

“We have kind of outgrown our current facility that we’re in, so we’re wanting to expand,” Ashley Wesley said at a January P&Z hearing on the zone change.

Better is out, bold is in; Boyle rebrands with…