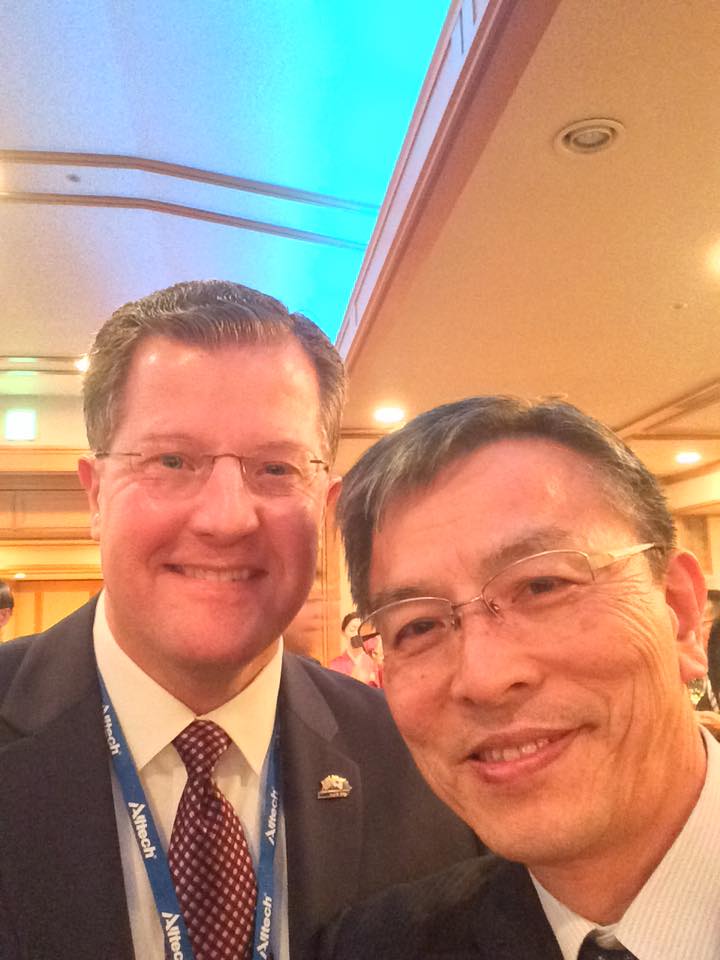 A chief economic development official for Boyle County spent eight days earlier this month traveling to Japan to meet with companies that already have a presence in Kentucky and talking up the Blue Grass State at various business events. 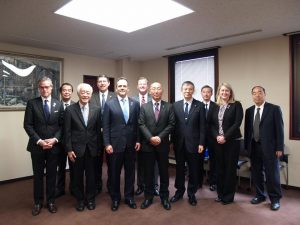 “This was a business mission primarily sponsored by the World Trade Center of Kentucky,” said Jody Lassiter, president of the Danville-Boyle County Economic Development Partnership, who is also in his sixth year of chairing Kentucky’s economic development marketing cooperative, Kentucky United. “… This was my first time visiting Japan and there’s great value in working with Japanese prospects when they know that you have valued their culture to the extent that you’re willing to make an investment of time and effort to be in Japan and to understand their culture and their focus, their needs for business.”

Lassiter was part of a large group of Kentucky businessmen, economic development leaders and politicians who went on the trip from March 3 to 11, including Gov. Matt Bevin.

“Kentucky is the No. 1 state in the union per capita for Japanese investment in the United States,” Lassiter said. “My role was to help represent not only the (Boyle County) community but our region — the 11-county region known as Kentucky Crossroads.” 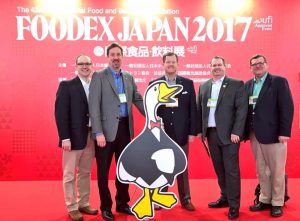 On Sunday, March 5, Lassiter visited a distillery run by the Suntory company, which owns the Jim Beam brand. On Monday, March 6, the American group traveled to the U.S. Embassy in Japan for a briefing on Japanese demographics and economics.

Lassiter said Japan’s population is currently shrinking and it has “an extremely high debt load,” which has led the country to seek foreign economic investors.

“They’re really encouraging not only tourism — which has never been a strong aspect of their economy, surprisingly enough … but also encouraging foreign direct investment into Japan,” he said. “It’s not just a one-way conversation; it’s a two-way street. They want investments from Kentucky into Japan as much as we would like them to continue to make investments.” 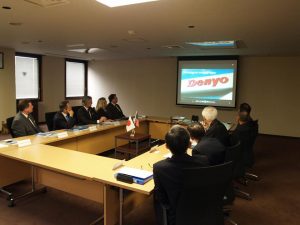 Photo submitted
Delegations from Kentucky, at left, and Denyo meet at Denyo headquarters in Japan.

Lassiter visited many big-name Japanese companies while in Japan, including Hitachi, Toyota and Denyo, which has a factory in Danville that is undergoing a nearly $3 million expansion. Lassiter, Bevin and several others from Kentucky met with the top five executives of Denyo at Denyo headquarters.

“For me, calling on headquarters, specifically in the U.S. and when possible abroad, is a really important aspect. When you make decisions like Panasonic and Caterpillar did that are business decisions about the future of a facility in Danville, Kentucky, it really makes a difference when you have a personal relationship … it doesn’t always save the day because ultimately, it’s a business decision, but having those relationships (is) critical.”

Lassiter has previously promoted the idea of visiting companies with factories in Boyle County, including when the EDP sought an increase in funding last year.

“You have to develop those relationships,” Lassiter said in March 2016. “… We’re just chess pieces on the game board and unless you have those relationships in the home offices, it’s just very easy to make a decision regardless of what Mayor Mike (Perros) or Judge Harold (McKinney) or EDP Jody will say.”

While on his trip to Japan, Lassiter also attended the Foodex Japan 2017 trade show, where he said he promoted Kentucky as a good place for food companies to expand. Boyle County’s water and other resources make it a good choice for food processing, Lassiter said. 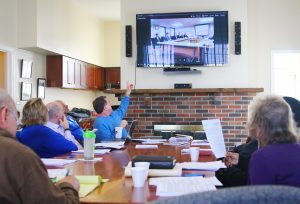 Ben Kleppinger/ben.kleppinger@amnews.com
Jody Lassiter, center left, shows photos from his trip to Japan to the EDP board Wednesday.

Mark Morgan, an EDP board member representing the Convention and Visitors Bureau, said he was pleased with Lassiter’s trip.

“We’ve been deliberately focusing on Jody getting outward-looking and it certainly looks like we’re making those strides,” he said.