Gladys Edna Donahue, 91, of Danville, passed away Wednesday, March 15, 2017 at Danville Health and Rehab in Danville. She was born on September 10, 1925 in Danville, Kentucky to the late Edward and Agnus Ash Pendygraft. Gladys was preceded in death by her loving husband, James Forrest Donahue. 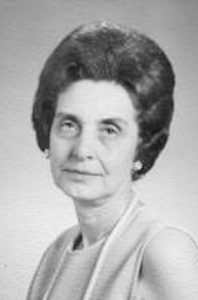 Gladys worked for Boyle Pharmacy for many years and most importantly was a homemaker, raising a wonderful family. She was a member of Danville First Church of God.

Along with her husband and parents, Gladys was preceded in death by two brothers, CT Pendygraft and James Pendygraft, and three sisters, Christine Neikirk, Flossie Milburn, and Ferba Westerfield.