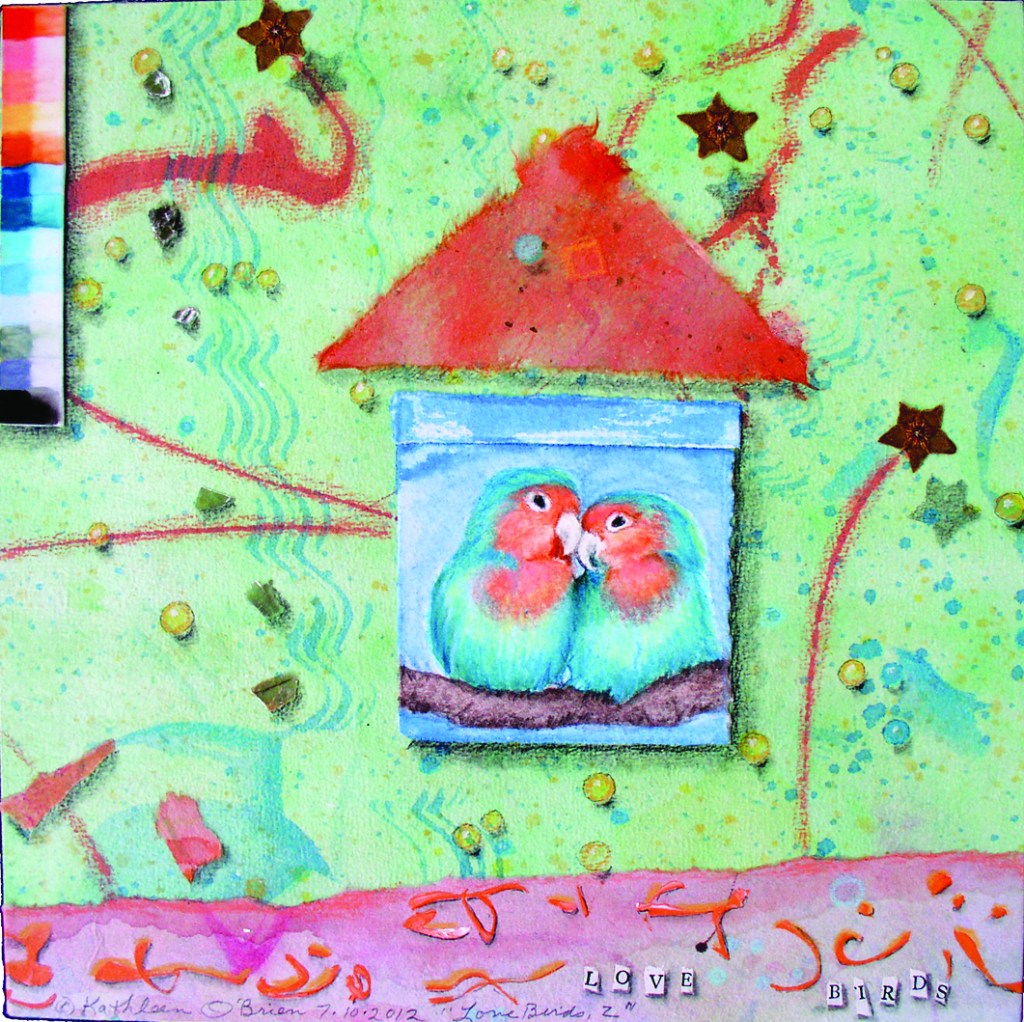 Kathleen O’Brien is no stranger to the “Kentucky Visions” exhibit. However, she doesn’t take being an artist who has been once again chosen to  participate in the showing at Kentucky’s Capitol Annex for granted.

“It’s a real privilege,” O’Brien said from her Mercer County home. “It’s something I definitely feel privileged to be a part of and involved with every year.”

Twenty-four artists in all were selected for “Kentucky Visions,” the annual showcase that went up in February organized by the Kentucky Arts Council. This year, it features 58 individual pieces and — as it has for 10 years —all art is by Kentucky Crafted artists and Al Smith Individual Artist Fellowship recipients. The exhibit is up through March 31.

“This is something they have every year,” says O’Brien. But to her, being included never gets old. 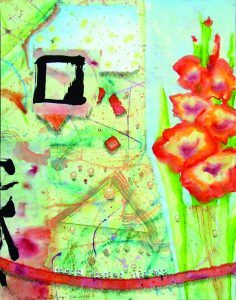 “Not every year, but I’ve been in the exhibit often. Two of the highlights for me, if I can brag: One year, my works were selected to hang in the First Lady’s Office, when it was Jane Beshear,” O’Brien says. “Then, it may have been last year, my work was hanging in Crit Luallen’s office. That was really nice, too — to be in the lieutenant governor’s office. They usually hang them in the hallways and choose some for offices.”

In a release from the Kentucky Arts Council, executive director Lydia Bailey Brown says, “Longtime legislators have always remarked how much they look forward to hosting ‘Visions’ at the Annex …” Brown went on to say there have been new legislators who joined  the General Assembly this session “who will discover outstanding artwork by Kentucky’s finest artists. With the corps of artists selected for this exhibit, Kentucky’s arts community is putting its best foot forward.”

It was one of the biggest accolades she says she can remember a government giving to their artists.

“Art really is about connecting the different parts of your life. It connected artists to government,” she says.

KAC says Michael McCardwell, a 1998 recipient of an Al Smith Fellowship and current Kentucky Crafted artist, has three pieces in this year’s exhibit: “My Town,” “Funny Drawing” and “APDYF,” all in colored ink.

In the release from KAC, McCardwell said he values arts council exhibits like “Visions” as opportunities for artists to stretch their creative legs.

“Art can involve creativity and some experiments in art are not successful,” McCardwell said. “But one needs the freedom to try new things and the Kentucky Arts Council provides that support, both as an agency and through the individual staff members who take a personal interest in my work.

“It’s an honor to be in any show, and having my work in this show, one that represents work from artists across the state, makes an artist feel that their work is valued by our government.”

“It makes me feel good that  something, we — as artists — can do is bridge the gap and make connections. It’s more than just beautifying the capital.”

IF YOU GO
The Kentucky Arts Council exhibit “Kentucky Visions at the Capitol” will be on display 8 a.m. to 4:30 p.m., Monday through Friday, through March 31 at the Annex. The exhibit features 58 individual pieces by Kentucky Crafted artists and Al Smith Individual Artist Fellowship recipients.

SO YOU KNOW
• To find out more about Kathleen O’Brien’s art, visit kathleen-obrien.com.
• Visit artscouncil.ky.gov to see a slideshow of the work on exhibit.
• For more information about the exhibit, contact Kate Sprengnether, arts council public art and design director, at kate.sprengnether@ky.gov or 502-892-3111.

Two of Kathleen O’Brien’s chosen pieces to be exhibited at the Capitol Annex are “Lovebirds” at left, and “Summer Solstice” at right. The “Kentucky Visions” exhibit, through the Kentucky Arts Council, will be up through March 31.