Consultant: Boyle ‘behind the curve’ on economic development 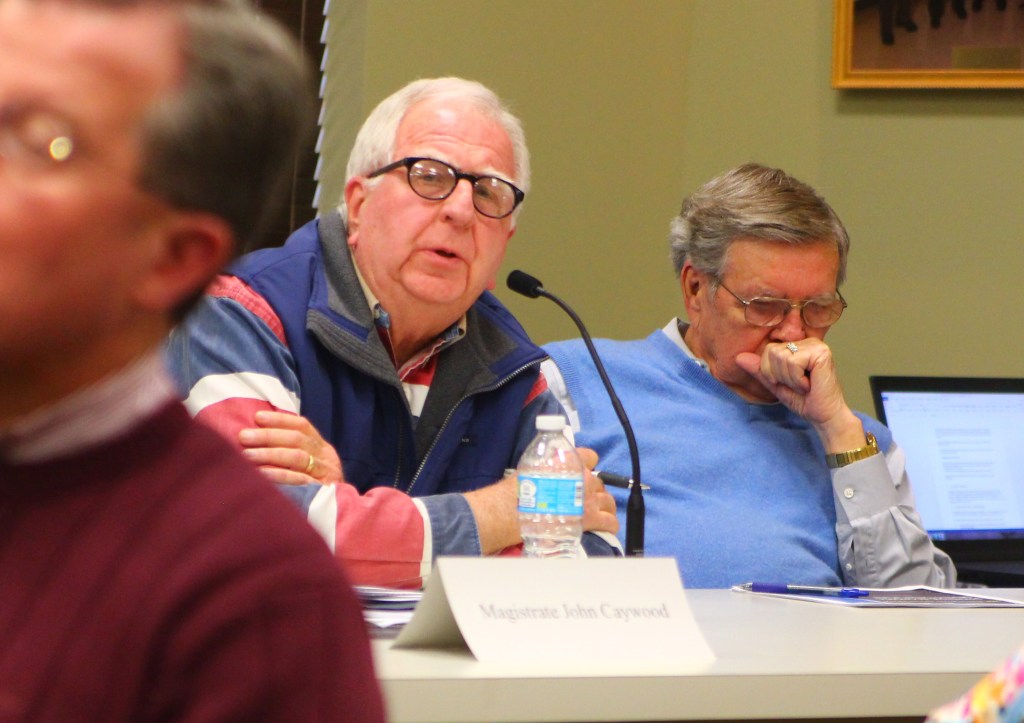 Those are some of the findings brought to the table by Kyle Talente from RKG and Associates at his most recent meeting with members of the Danville-Boyle County Economic Development Partnership.

Talente premiered his “menu” of economic development items for the area at a lengthy meeting Thursday night, and among them were quite a few dealing with “organization” and “coordination” of the Danville-Boyle County Economic Development Partnership.

Talente said right now, “it’s kind of confusing and it’s hard to follow and understand” how the EDP currently functions.

Talente said the EDP also has a problem with “misinformation” among members of the public. It could try to improve things through educational efforts such as a newsletter or developing training courses to help individuals learn about economic development and then share that information with others, he said.

“It is our responsibility as economic development partners to be more proactive in getting the word out,” he said. “It is not wise to believe that it is the responsibility of John Q. Public to figure out why economic development is important. You have to bring that information to them. My clients that have been the most aggressive in this area are the ones that tend to also see a lot of success because what it does is it removes misinformation, it educates the community and builds support, which then makes it much easier for the elected officials to get behind initiatives.” 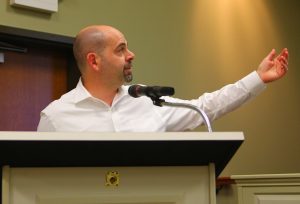 Ben Kleppinger/ben.kleppinger@amnews.com
Kyle Talente with RKG and Associates speaks during a meeting of members of the Danville-Boyle County Economic Development Partnership Thursday evening.

Three full-time positions is probably something the EDP could “scale to over time,” not something that should happen right away, Talente said.

“This is something we’re going to do over time. That being said, if we don’t change our staffing, our expectations today need to be scaled back because we can’t get all (we want done) from where we are today.”

During the question-and-answer phase of the meeting, Magistrate John Caywood asked Talente how Boyle County measures up from an economic development perspective.

“As you have studied other communities, where you judge ours as far as community buy-in?” Caywood asked.

“My honest opinion, Mr. Caywood, is that the unfortunate misinformation that is out there has created a lot of the challenges that you have,” he continued.

Talente said that he has found that typically about one percent of the people “are trying to do good stuff,” while about five percent “are never going to be happy no matter what you do,” and the other 94 percent “don’t care; they just want to live their lives.”

“If the only people doing the talking are the five percent, that is a big problem,” he said. “I give you that story to say, the whole story, the full story and in some cases the true story isn’t being said as loud as perceptions and opinions.”

Local resident Randy Graham questioned Talente about the Industrial Foundation and whether it has too much power over the EDP.

“We operate under a memorandum of agreement between our partners — our equal partners — but in reality, we are not equal,” Graham said. “Because we have one partner that is a lead partner and as a result they have pretty much control of what happens with our economic development board … do you think it’s a wise idea that we have a private industry — the Industrial Foundation — who controls the Economic Development Partnership and as thus, the future of this community?”

Talente told Graham “I disagree with your premise that the Industrial Foundation controls the Economic Development Partnership.”

“Having immersed myself in this community for the months that I have … I think that is more a perception than a reality,” he said. “I appreciate that comment because it goes right back to my point of the true message is not getting out there.”