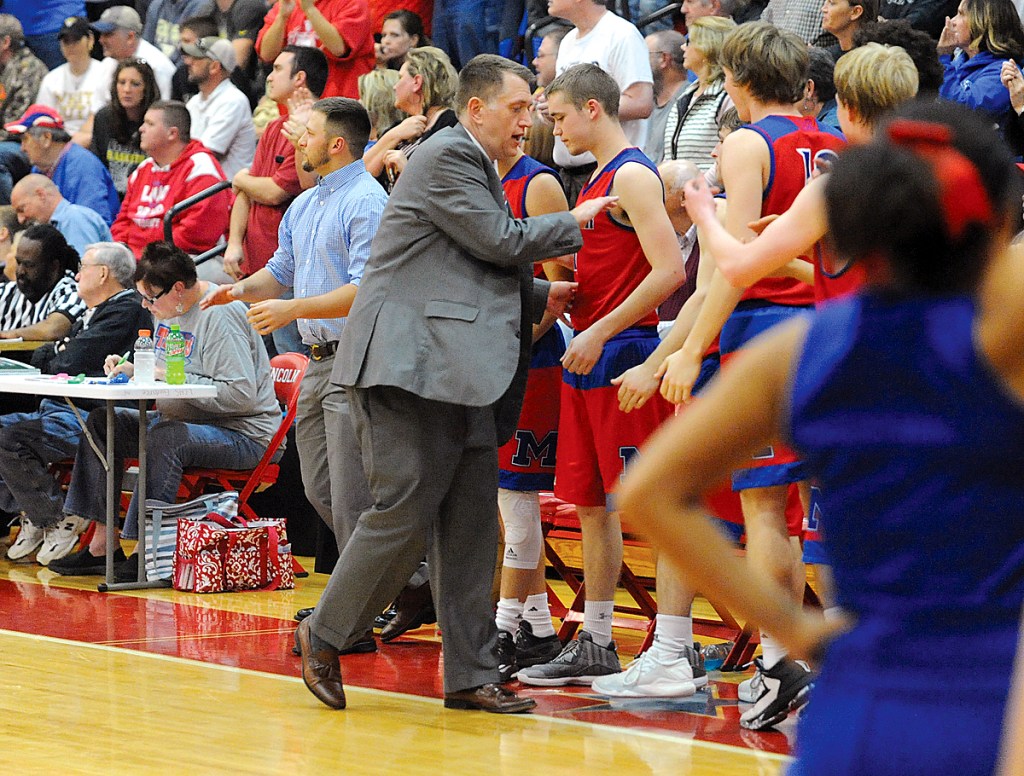 Loads of questions surrounded Mercer County at the start of this season.

The Titans lost four starters from the 2015-16 12th Region champions, with Trevon Faulkner the only main contributor returning.

New coach Kurt Young brought an entire different playbook to the table this season, pushing his squad depth to double digits in nearly every game this season. It worked, and after a 25-win season and Mercer’s third-straight district title, Young is the Advocate-Messenger Area Coach of the Year.

Young was named the 12th Region coach of the year during the region tournament and earned KABC honors at the state tournament this week.

“It’s unbelievable,” Young said. “Any time you’re voted on something by your peers, and especially after spending time in the 12th Region, all the great veteran coaches that we have and the new coaches that are all going to be good, to get anything from them, it makes you feel humbled.”

Young credited his players and assistant coaches for making his transition a successful one this season.

“They’re such good kids, they’re a coach’s dream,” Young said. “They’ve been through a lot with the transition and the timing of the transition especially for an inexperienced group. To take over a team that had as much success as they had last year, to put in a brand new system that wasn’t similar at all, for those kids to believe in that and play the way that they did, it’s unbelievable. Truly, the credit has to go to them.

“My assistants did a great job as well, teaching basketball every single day. I think it’s easy for the head coach to look good when your players play that hard and the assistant coaches do that good of a job.”

Young’s strategy was clear from the start. When his announcement was made public at the school, he met with his players and told them about the changes he was making and just how up-tempo he wanted to play.

Mercer finished as one of the highest scoring teams in the state, led by Faulkner’s career year. But Faulkner was helped by his teammates — six different Titans scored at least five points per game, and 12 players played in more than half of Mercer’s games this season.

The players bought in to Young’s new system, and that’s down to the seniors, the coach said.

“I think our team did a great job,” he said. “I’m sure there were times where they were questioning a few things, but I think that’s human nature. But they still played hard and they believed in it, and I think that allowed us to do some things some people maybe didn’t expect.

“With our guys coming up, they’ve got some high standards now, because these seniors were so unselfish and played so hard, gave so much of themselves. We’ve got talented players coming back, but that’s going to be hard to replace.”

With a year under his belt, Young said he expects the optimism in the program to stay high. He said their region championship loss to Pulaski County still stings, and he would “trade it all” to have been playing Scott County Wednesday in Rupp Arena during the state tournament.

“The loss at the end of the season, sometimes it’s hard to look back and have any optimism because you’re living on that last game,” Young said. “But I hope that we do, I think that we have some talent coming back. But we can’t rest on our laurels. Bottom line is, we told our kids all year, ‘you’re not defending region champions. you’re a brand new team.’ These next group of young men are going to have to come out and earn every win they’ve got. Hopefully they’re ready to accept the challenge, I know that we’re anxious to get back to work to try and put us in that position.”

Leading the pack: Lincoln’s Young named Player of the…