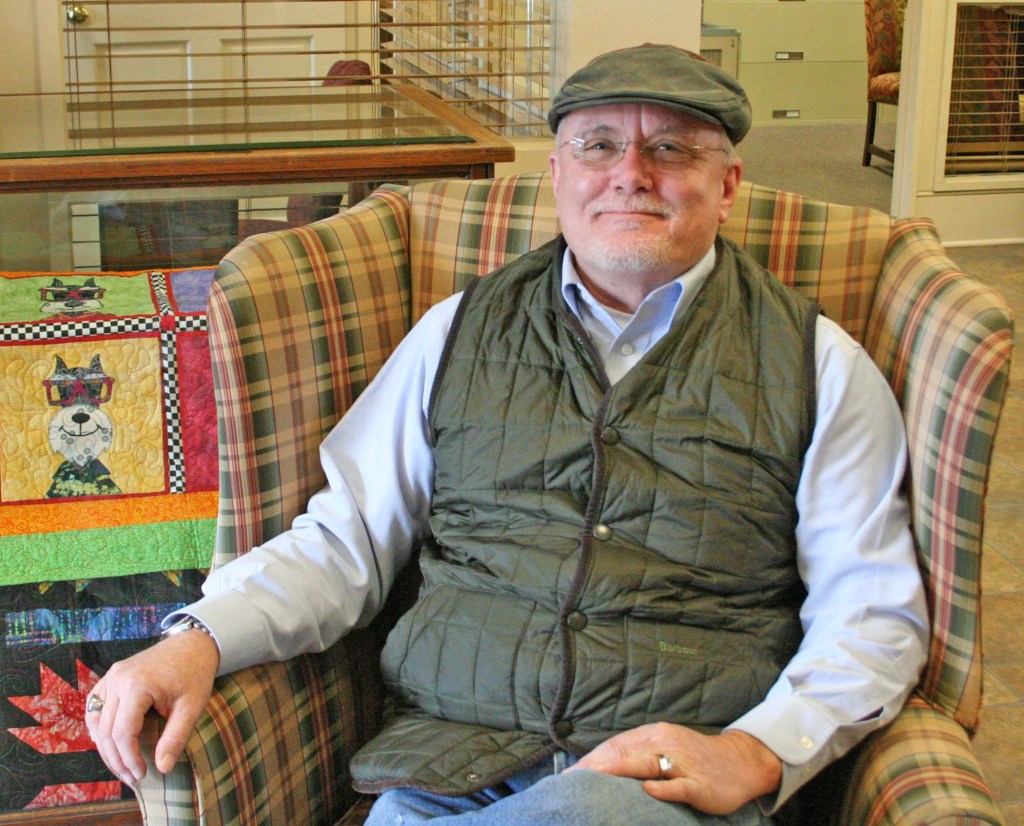 Kendra Peek/kendra.peek@amnews.com Fred Edwards of Perryville has written a crime thriller, which is set in the Forkland community. He has a second thriller, with historical ties, in the editing phase which is set in Perryville and is currently writing a third book, a collection of funny, but true, short stories.

Thriller ‘on the Fork’

When Fred Edwards put pen to paper to write his first fiction novel, he never expected anyone outside of his family to read it.

He planned to write his first book, print some copies for family members, and then write another book.

But he sent it to an editor, Edwards said, who asked him if he was going to submit the book to a publisher. She knew “some publishers,” he said.

“Long story short, it was accepted.”

“Vanished,” Edwards’ first book, is now available on Amazon.com and through Barnes and Noble.

Local readers will find some familiarity in the book — it’s set “over on the Fork,” said Edwards, who is originally from the Foreland community. The book is fictional, he noted.

“It is total fiction, it has nothing to do with anyone,” he said. “Readers will recognize some of the road names, the area — things like that.”

Writing a book has been a lifelong dream for Edwards.

“My goal has always been to write a book. Being so busy with work, I couldn’t get my arms around it — I started it two or three times,” he said. “I’ve always enjoyed writing.”

Edwards was in the tobacco business, as owner of the Heritage Tobacco Group in Harrodsburg, which gave him a lot of opportunity to travel over the years. He was also part owner of Old Towne Distillery. He sold the two, which “freed up” his mind to focus on the writing. 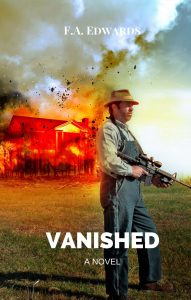 Courtesy of Autumn Sky Press
Fred Edwards has written his first novel, a thriller fiction set in the Forkland community.

“I went to Florida and spent about six weeks. It gave me a good opportunity to free my mind,” he said. “I got a lot of the first draft done while I was down there.”

“It takes a lot of time, of hard work (to get published). Writing the first draft, that’s the easy part.”

Edwards said he writes his stories out by hand in journals first.

“When I’m writing, it’s like I’m watching a movie, if that makes sense. I can visualize all of those. Sometimes I have to write really fast to keep up,” he said.

Edwards said he’s sure his wife, Kay, gets “aggravated” because she might be asking questions while he’s writing, but he’s blocked the world out.

“When I first started writing, I think she thought it was funny, like a later-middle-aged crisis. She knew I couldn’t afford a sports car,” Edwards said, laughing. “She thought I was going through some phase. But after hours and hours, she thought, he’s serious about this … When she saw the final manuscript and saw it in print, she got pretty excited.”

Edwards said he was “humbled” based on the reactions the book had garnered.

“The sales and responses I’ve gotten — I’m humbled by it. I just never dreamed it would be anything like this, get the attention that it’s gotten,” he said. “It’s encouraging.”

Since the completion of “Vanished,” Edwards has already written a second book, to be released in conjunction with the Battle of Perryville Commemoration weekend this year. Edwards called it a “thriller” and explained that the book focuses on soldiers from Wisconsin who came to fight during the battle. It starts in the Civil War Era, continuing to 2012.

Edwards is now in the process of writing a third book, this one a collection of true, but funny, short stories.

“It’s about things that I’ve experienced, things in my life. It’s very humorous,” he said.

Beyond writing, Edwards stays busy. He works with a friend in the hemp industry. He breeds and trains beagles. And he plays instruments: guitar, harmonica, baritone ukulele — and he’s learning the dobro, a unique type of guitar.

Edwards is “shocked” that his books are getting published, or even viewed, by someone outside of his wife Kay, daughters Angela Holderman of Danville and Heather Wade of Florida, and his four granddaughters — the reason he wrote “Vanished” in the first place.

He heard a story that the man who wrote Walton’s Mountain wrote the story for his family, with no intention of it being seen by the outside world, but, “someone read it and passed it around.”

“It’s not about money. If you do it for money, it’s no fun. I think it takes your creative juices away, if you start thinking about things in a commercial way,” Edwards said. “You need to do things for the love of them.”

Fred Edwards will be participating in a book signing from 9 a.m. to12 p.m. Saturday at the Farmer’s National Bank branch in Perryville.

Consultant: Boyle ‘behind the curve’ on economic development