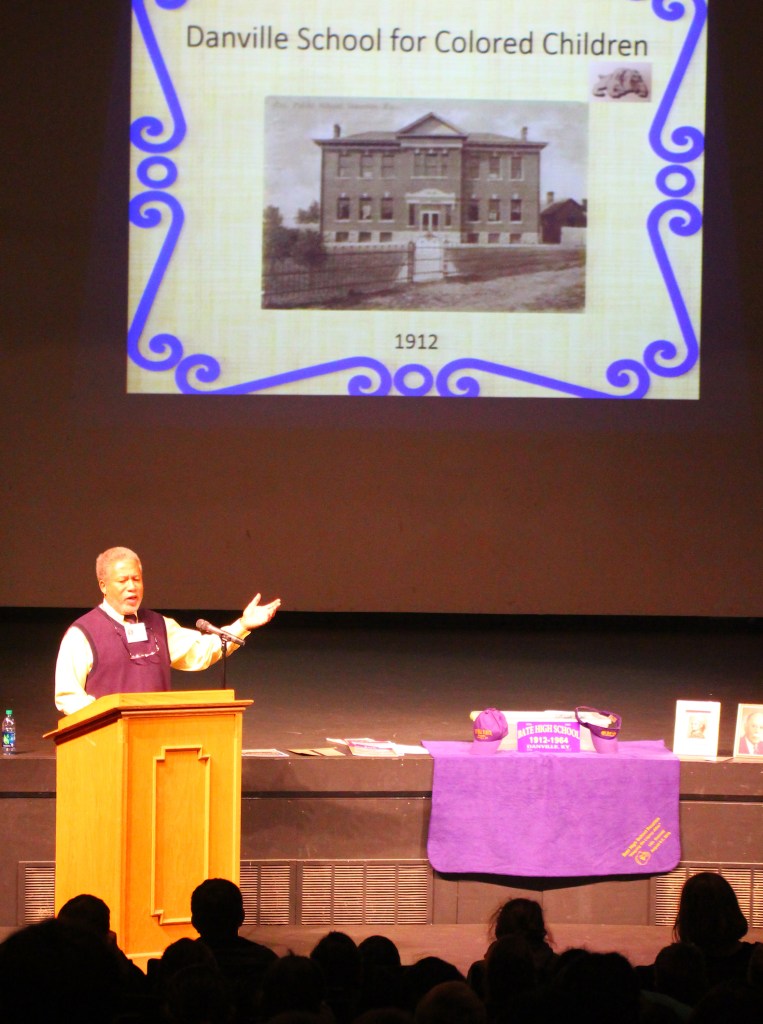 Sixth-, seventh- and eighth-grade students from Bate Middle School had a unique opportunity to “meet” the man after whom the school is named — John W. Bate — in a presentation by James H. Atkins in Gravely Hall at Danville High School. 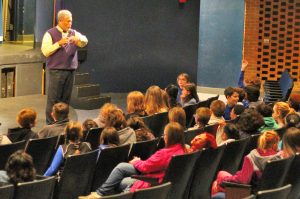 Atkins,  a Danville City Commissioner and the interim assistant principal at Danville High School, taught in both Bate school buildings before becoming principal at Toliver Elementary.

“It’s important to me and to the students to know the heritage of the school,” said Bate Middle School Principal Sheri Satterly about why she contacted Atkins to set up the presentations.

“I attended the Bate High School reunion — that piqued my interest. I got to meet some of the students who are still living,” she said.

John W. Bate was born a slave in 1854. His family was given their freedom in 1862. He attended Berea College in the late 1800s and came to Danville to teach in a one-room school.

Bate spent 59 years in education, a career that impacted the lives of thousands of African-American students in Danville, before his death in 1945. From his start in the one-room school, upon Bate’s retirement in 1941, the school had 20 rooms and teachers, a two-thirds gymnasium and increased enrollment from 6 to 600 students, becoming an accredited high school.

It was the Danville Colored School, prior to becoming Bate High School in 1912, keeping that name until 1964, when the schools integrated and Bate became Bate Junior High.

In 1978, the new Bate Middle School was constructed behind the existing Bate Junior High, which was later torn down. 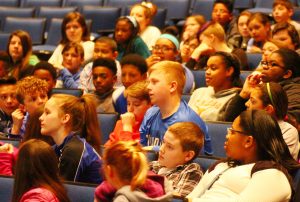 Satterly  said she felt the students had learned a lot from the day, such as the fact that there had been an earlier Bate school, and some of what the culture was like in Danville at that time. Stately said they were asking “tons” of questions.

The students, she said as an example, weren’t aware that there had been another building in front of the existing building.

Atkins said he felt these things were important to show students about the legacy of the school they attend. He said he likes to reference former Bate students who have become well-known, such as Frank X Walker, notable author, former Bate student and Danville High School graduate; and Larnell Harris, a gospel music artist, who graduated from Bate High School.

For the students, Atkins said, the Danville Schools become part of their “legacy.”

Satterly said she wanted to plan more events to help students learn of the history of the school and the Danville community.