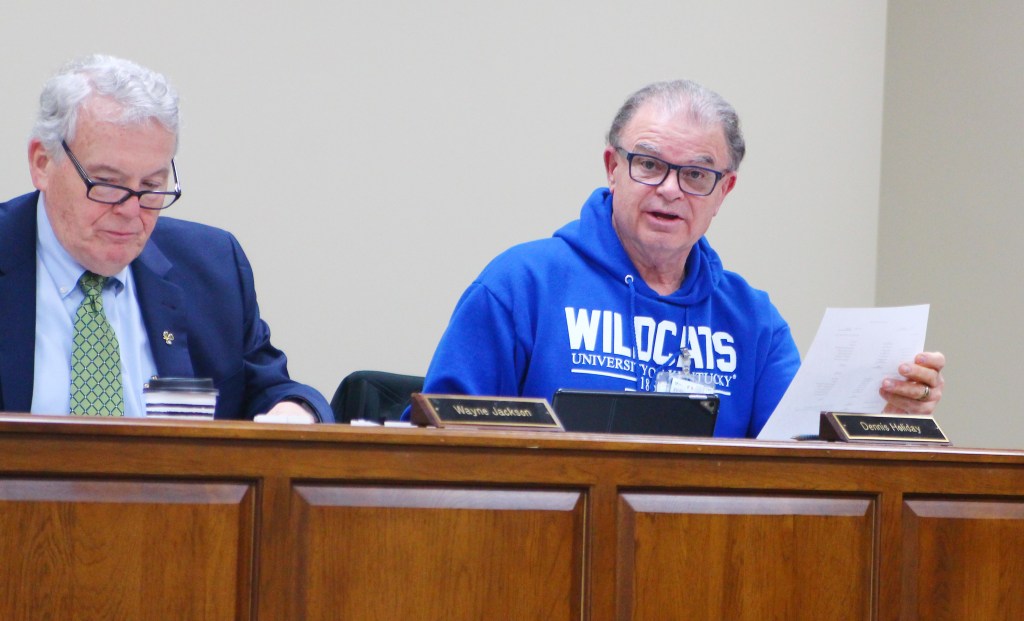 The company providing health care for inmates at the Boyle County Detention Center says it wants almost $200,000 more from Boyle and Mercer counties or it will stop providing medical coverage.

CorrectHealth Companies says staffing must be increased and coverage expanded to 24 hours a day, seven days a week, in order to provide enough time for medical staff to do their jobs, Jailer Barry Harmon told members of the Boyle-Mercer Joint Jail Committee Friday.

Dr. Carlo Musso with CorrectHealth contacted Harmon about “financial concerns, employee morale and everything that’s going on with his company in our jail,” Harmon said.

“It’s putting stress on his staff where they’re not able to cover everything in the timeframe they have. He said — not threatening or anything, but just being honest in business — that we will need to go to 24-hour coverage, seven days a week, (with) 4.2 (full-time) nursing staff and one full-time nursing manager,” Harmon said. “… He said if you all decide you’re not going to do this, then they’re going to write a 30-day notice to stop providing medical coverage.”

Harmon clarified later in the meeting that it’s unclear based on emails from CorrectHealth whether the 4.2 full-time nursing positions requested includes the full-time supervisor position, or if it would be 5.2 positions including the supervisor.

CorrectHealth listed $473,629.13 as the price it wants for the expanded coverage.

“So it’s gone up substantially from that,” she said. “… This kind of knocked me out of my chair.”

Members of the jail committee agreed the health care contract should be bid out to see what other companies would charge. And Boyle County Judge-Executive Harold McKinney suggested the counties look into essentially running health care at the jail in-house, by hiring a staff of nurses and contracting with a local doctor.

McKinney said he would schedule a meeting for himself, Mercer County Judge-Executive Milward Dedman and Harmon to meet with representatives from Ephraim McDowell Health to see what options might be available for contracting with a doctor.

No further action was taken on the issue during Friday’s meeting.