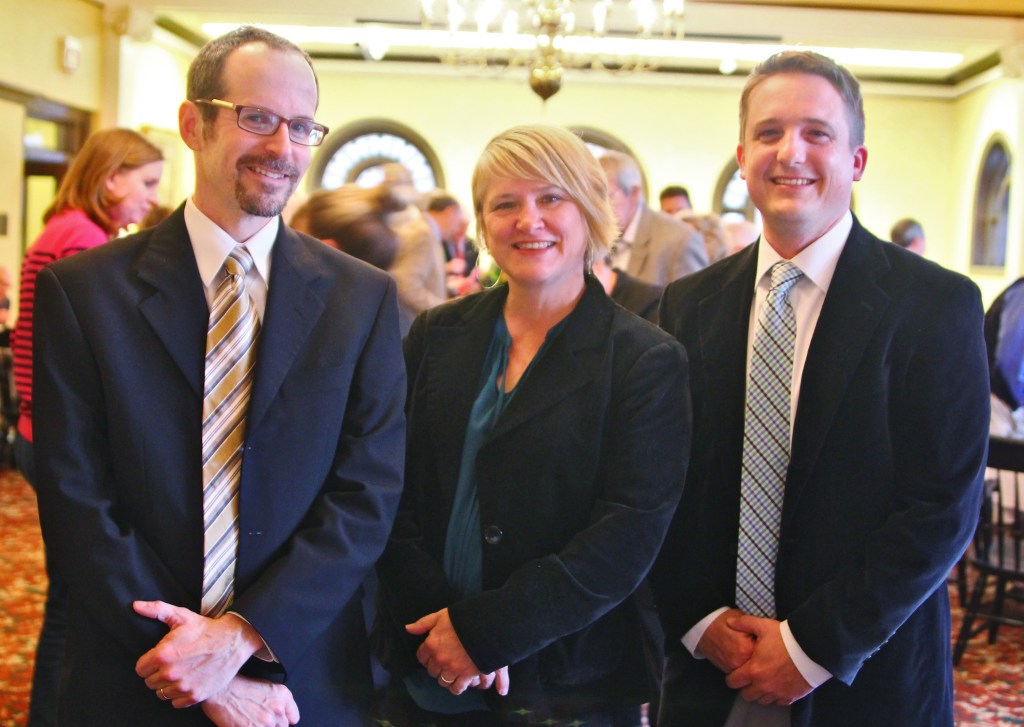 One of the three chosen by a selection committee from the Danville Sister Cities Commission will be selected by a counterpart committee in Carrickfergus for an artist’s residency. The residency will last two to three weeks in the coastal Irish city of about 28,000.

• Travis Lee Kern, a country music singer and songwriter who works as a high school math teacher; and

The three finalists were announced at a reception with Audrey Wales, the mayor of the Mid and East Antrim Borough Council in Ireland, on Monday. Wales’ borough includes Carrickfergus and two other cities.

Henson “is an award-winning author of seven books for young readers, focusing her creativity on telling the stories of real people and historical events,” according to a information that will be provided to Carrickfergus to help them make a choice. “… One of her books has been selected to be included in the national reading curriculum in South Korea.”

Kern is a “musician, singer and songwriter who loves to tell stories in his music,” according to the Danville Sister Cities Commission. “His great love is country and bluegrass music and he was pursuing a songwriting career in Nashville before turning to teaching. As a high school math teacher for the past nine years in central Kentucky, Travis incorporates music into his teaching and looks for opportunities to use music in the classroom.”

Long is “an innovative visual artist and musician with a talent for making the arts fully accessible. He regularly facilitates arts programming for children, adults, senior citizens and individuals with disabilities of all ages,” according to the Sister Cities Commission. “Whether he is painting a huge mural on Main Street, constructing a guitar out of cigar boxes, illustrating a comic strip or teaching kindergartners to play the dulcimer, Brandon translates his passion for the arts into engaging community programming.”

Artists will be expected to share their art with schoolchildren and community groups, both in Danville and Carrickfergus.

This will be the second Artist Exchange with Carrickfergus. In 2012,  artist Janet Crymble spent six weeks in Danville and Liz Orndorff spent four weeks in Carrickfergus. Since then, we have had two more Cultural Exchanges: Georgia de Araujo and Ron Scott have each spent a week in Carrickfergus, and Danville has hosted David Robinson.