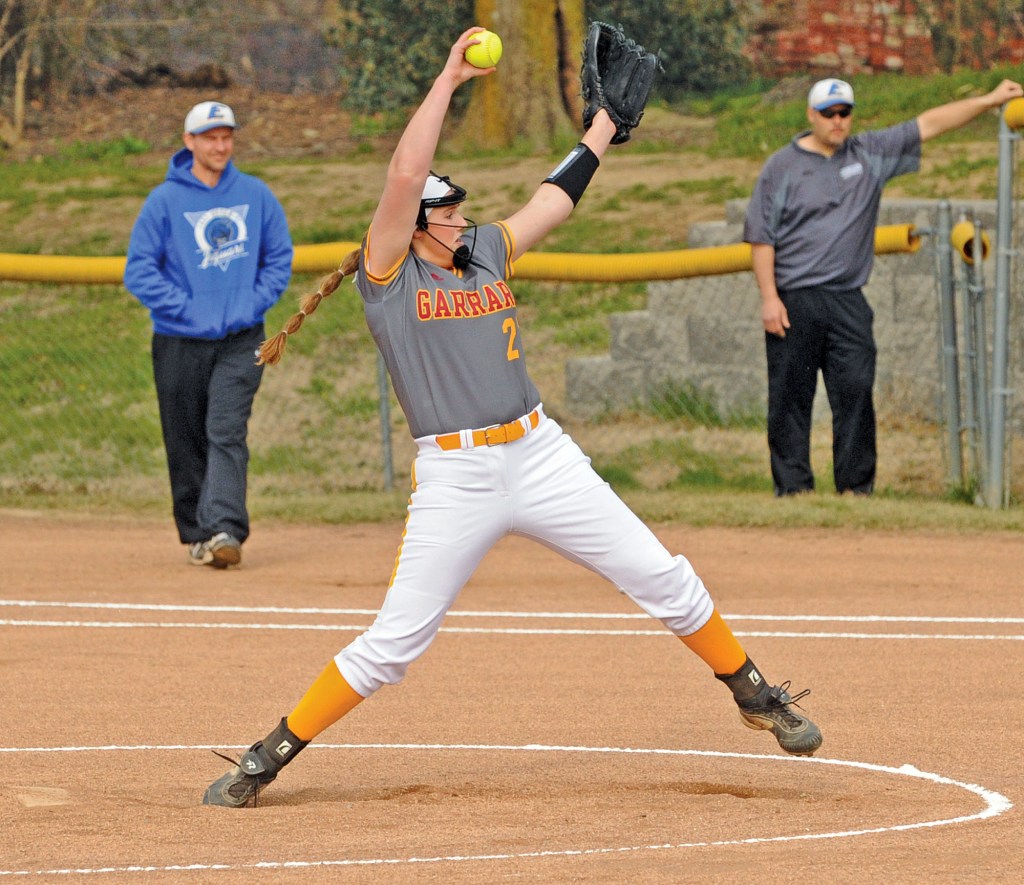 The Golden Lions did that with a 13-0 victory in five innings against the three-time 12th Region defending champs.

“She’s done well for us,” Montgomery said. “She had a couple there at the end where she lost the spin, lost a little tightness on the ball. But she pitched well and hit her spots, and when you hit your spots, it’s a little easier to pitch and stay ahead in the count. She’s done all of the things that we asked of her.”

East has lost a significant numbers of starters in the last two years: 2015 grad Sarah Rainwater now plays at Kentucky, and 2016 graduates Malin Maricle and Allison Schubert sit at or near the top of the Jaguars’ record books in nearly every hitting category.

A knee injury to superstar pitcher Hannah James has slowed the Jags further this season, but they’ll be back, Montgomery said.

East met Garrard at the worst time — the Golden Lions were on the prowl after their first loss of the season at North Laurel on Wednesday.

“They caught us at a moment when we had to prove something, we were a little disappointed in the way we played last night, and we came out to show something tonight,” Montgomery said. “But it was a great ball game last night, it had a real tournament atmosphere. That’s one thing that we worked on, preparation wise, was being ready to go right off of the bat tonight.”

The bats were hot from the start, with Garrard jumping out to a 4-0 lead after the first. Leadoff hitter Maddy Day struck out but reached first on a wild pitch, then Sam Adams was hit by a pitch. Elle Montgomery sacrificed to put both runners in scoring position, and the middle of the order did the rest.

Coach Montgomery was also happy with the way his team performed in the field behind Perkins.

“That’s what we’ve been working on,” he said. “Last night, we let ourselves down defensively to start the game and that kind of put us in a hole. You could see tonight that the girls’ focus was there. We talked about focus a lot tonight, and we’re building. We’ve got a long way to go, it’s a marathon, not a sprint. One game at a time and we’re not going to live on this moment. We’ve got Pulaski County tomorrow night and we’ll come out ready to play.”

The game against Pulaski County is the first of three this weekend in the Somerset/Pulaski County Showcase. The Golden Lions will face Lafayette and Leslie County on Saturday.

“That’s the way I scheduled it, I wanted it early,” coach Montgomery said. “We’ve got a tough schedule throughout, but I wanted a tough four, five games in a row and see what we’ve got, then go from there.”