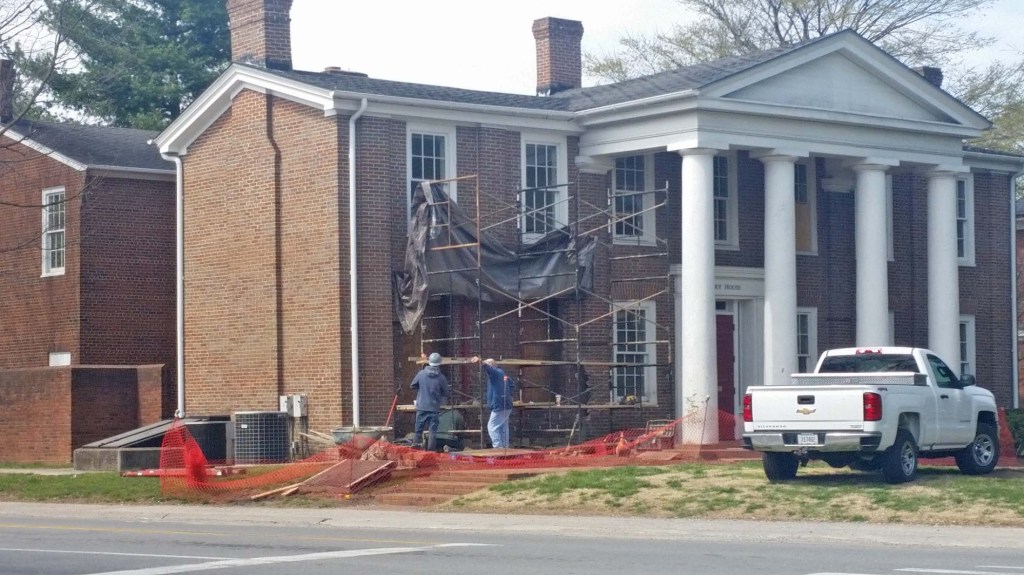 Following an autopsy, the death of a Perryville man in February, who was found after his vehicle was driven into a Danville building has been ruled as blunt force trauma.

Ricky Baker, 47, of Perryville, was driving a Nissan Rogue, which hit a tree and then crashed into the Horky House, at the corner of West Main Street and Maple Avenue, on the campus of Centre College. No one else was injured; only one person was inside the building at the time.

“We suspect he had a medical emergency of some type,” Deputy Coroner Mike Wilder said on Thursday.

According to earlier reports, the wreck occurred around 7:15 a.m. Feb. 20. The vehicle left the roadway at the intersection, losing a tire in the crash. There were no skid marks on the road, leading investigators to first suspect a medical emergency.

The autopsy did not reveal what that might have been, Wilder said.

Work had been delayed on the Horky House, said Michael Strysick, director of communications at Centre College, due to the cool temperatures. Brick work has begun and is expected to be completed this week. At that point, windows can be installed, but Strysick said they were having trouble finding the “period correct” windows. Once the windows are found and installed, interior work will begin.

According to centre.edu, the Horky House was built somewhere between 1842 and 1850, and was renovated in 1992.

The house was first known as the Russell-Thomas House when it was first completed in 1850, it was one of several structures built by Robert Russell, Jr., who also built the College’s first building, Old Centre, completed in 1820. They are two of the 15 campus buildings placed on the National Register of Historic Places by the U.S. Dept. of Interior.

The building was later given to Centre and in 1992, after extensive renovations, was rededicated in memory of John H. and Loretta Bell Horky, Centre class of 1932.

Bricklayers work rebuilding the exterior wall of the Horky House, at the corner of West Main Street and Maple Avenue on Centre College’s campus, which was hit by a car in February, resulting in the death of the driver. The building currently houses offices for finance and human resources, but only one person was in the building at the time of the crash and was not injured. 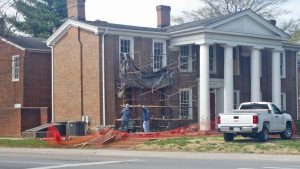