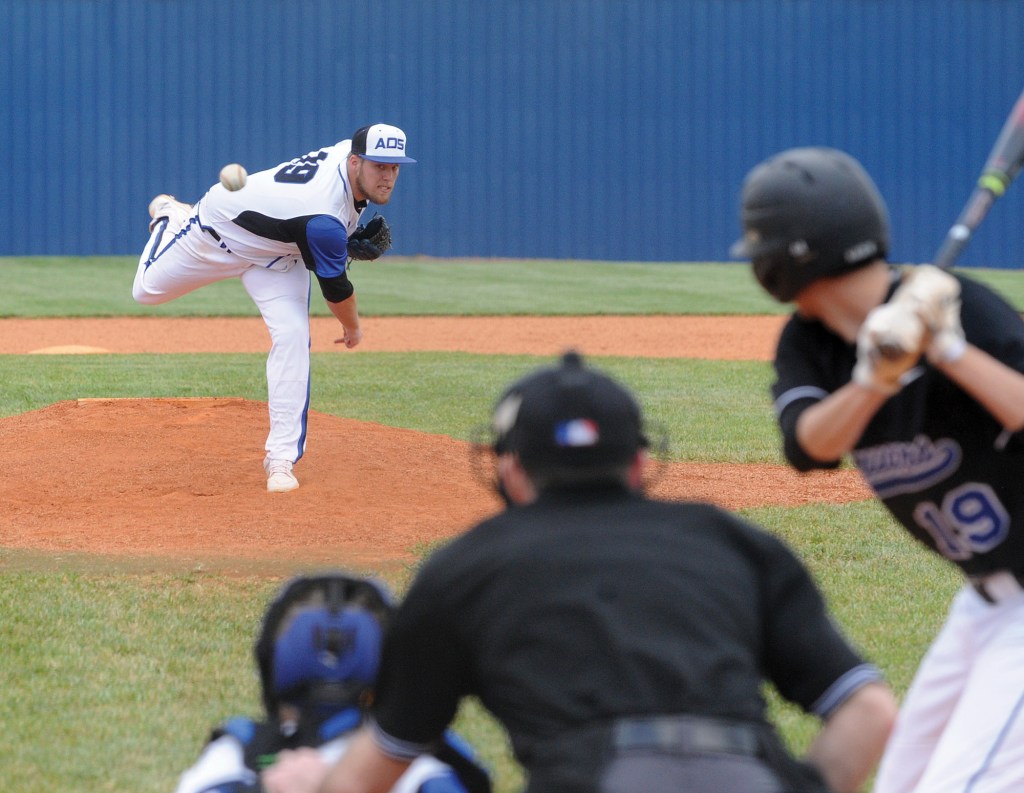 For the first time this season, Danville’s arms lagged behind its bats.

The Admirals struggled from the mound Friday against East Jessamine, falling 16-9.

“Our pitching, it was probably the first game this year that our pitching has not been good,” coach Paul Morse said. “But that happens, you’re going to have that. Offensively, I was fairly pleased with what we did. Defensively we’re still not very good and we’re searching for answers at a lot of spots. We’ve got a district game next week, so there’s not much time to figure that out.”

Danville started well out of the gate, with leadoff batter Mason Schroeder scoring the first run of the game. Starting pitcher Brian Baxa struck out 11 of the first 17 batters he faced, allowing five earned runs in the first five innings on seven hits.

The Ads held a 4-1 lead after three innings, spurred on by the top half of the order in the third. Schroeder again walked to lead off the inning, Jacob Crank was hit by a pitch and both scored. D’Mauriae VanCleave scored a run after pinch-running for Baxa.

No one else had a hit for the Admirals, something Morse said needs to change. 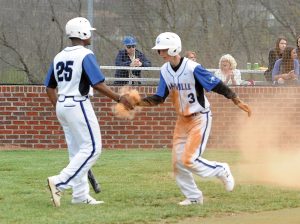 “They had good at-bats. Right now, I’m feeling good about the top six guys in the lineup,” he said. “We’re still searching after that. We’re giving away outs, whoever I put in those spots. It’s a revolving door in that 7-8-9, and right now we’re not getting much production out of those spots, and we’ve got to. It’s not about getting hits, it’s about getting on base. Find a way, somehow. Walk, hit by pitch, those little things to help your team.”

That bottom third of the order is where Morse pointed as the game-changer on Friday: East Jessamine’s 7-8-9 hitters were a combined 5-for-10 with seven runs, a home run and three runs batted in.

“My father would tell me, the team that wins the game, it’s not always the team with the best 3-4-5 hitters. The team that wins the game is the team that has the best 7-8-9 hitters,” Morse said. “Their 7-8-9 blew us up. Our 7-8-9 had no hits. It’s awful hard to win a game when that happens. Everyone looks at the glamour of the 3-4-5 hitters, but they usually don’t change the outcome. Every team in the state has good 3-4-5 hitters. It’s the guys who can manufacture runs and turn the lineup over that help the team. We’re learning, we’ll get better and hopefully those guys will step up when it matters.”

Danville made a small comeback in the sixth inning. Stanfield led off the inning with a home run, and Alex Venables and Brennan Washington reached base via a hit by pitch and walk, respectively. Schroeder brought them both home with a two-out double. Crank doubled to bring in Schroeder.

Danville trailed 12-9 entering the final frame, but four more runs from the Jaguars secured the win.

Danville threw five pitchers Friday: Baxa, Zach Dampier, Noah Goodman, Schroeder and Crank. Morse credited the Jaguars for having a solid approach at the plate throughout the night.

“We tried to throw the kitchen sink at them today,” Morse said. “Sometimes you run into that, a team that’s hot and swinging the bat. They were swinging the bat well today. I liked their approach at the plate, they had a plan. 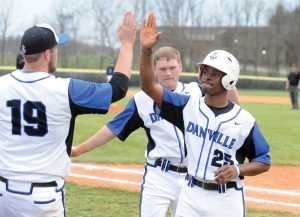 “Our pitchers fell way behind in the counts. At one point, it was seven of their first hits were all when our pitchers fell behind in the count. It doesn’t matter if you throw 90 miles an hour or 60 miles an hour, if you’re 1-0, 2-0, 3-0, 3-1 and they know a fastball is coming, good hitters are going to put good hacks on it. And they did that tonight. You’ve got to give them credit tonight.”

The loss is Danville’s third in four games with a district-opening game against undefeated Lincoln County looming next week. The Patriots beat East 8-5 on Thursday.

“It’s not good for us, because Lincoln and Boyle both pounded (East),” Morse said. “So I guess we’re third or fourth in the district right now, going on scores. But hopefully we’ll learn from the things that we’re doing, we’ve just got so many guys with no varsity playing experience … We’ve got to get them experience, keep getting better, and we plan to do that and be ready for tournament time.”