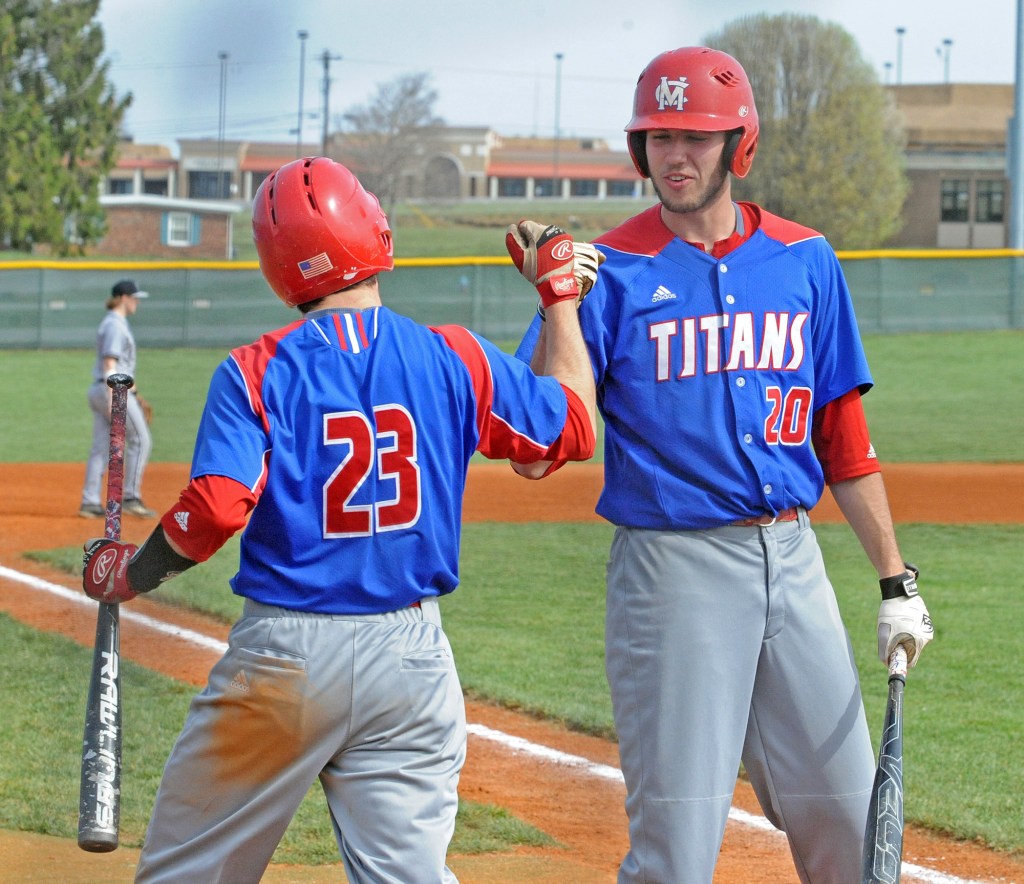 Mercer County coach Adam Shartzer said his team was due a big game.

The Titans showed up Saturday in the first game of a round-robin with Boyle County, winning 11-1 in six innings. Starter Mason Hazelwood pitched all six innings, giving up just four hits and two walks while striking out three.

Boyle scored one run, a homer from Tevin Leigh, in the fifth inning.

Otherwise, the game was all Mercer.

The win was Shartzer’s first as head coach, but you wouldn’t be able to tell that the Titans were 0-4 entering Saturday’s contest.

“Spirits were high yesterday,” Shartzer said. “It was the happiest 0-4 team I’ve ever seen. It’s always a good sign when your guys are fighting like that.”

The Titans opened with back-to-back doubles from Hunter Armstrong and Zac Robinson and led 2-0 after one inning. Armstrong knocked in Tyler Stephens in the second inning and Robinson scored Ty Sims and Mason Smith, pushing the lead to 5-0 after just two innings.

“We’ve kind of started off hot in the past couple of games,” Shartzer said. “We’ve been able to score in the first, second inning. But today, the way the ball was bouncing off of the bat, you could tell there was something different about the guys.”

That’s all Hazelwood needed on the mound: He kept his pitch count low, locking down Boyle batters throughout the game.

“He’s just a competitor,” Shartzer said. “We put the ball in his hands, we told him last night that he’d have the ball and he was fired up about it. He has thrown well for us all year. (Boyle) is a hot team. To silence their bats is saying something about him.” 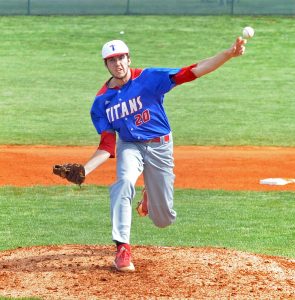 Boyle’s best chance came in the second inning when Alex Sergent and Tristen Helton reached second and third base with no outs, but back-to-back Hazelwood strikeouts and a fly out ended the threat.

“We had some chances there, especially in the second inning when we had two guys on, second and third, we struck out twice. If somebody comes up with a big hit, that gets us going,” Boyle coach Kyle Wynn said. “I thought we competed a lot better today regardless of the score, I felt like our guys stayed in to it and competed, we were going after it. We’re playing seven games in eight days right now, it’s tough to keep coming back and have that much energy right now, especially this early in the season.”

Boyle has had a strong start to the season, winning its first six games before Friday’s 16-2 loss at Somerset, making Hazelwood’s day on the mound even more impressive. 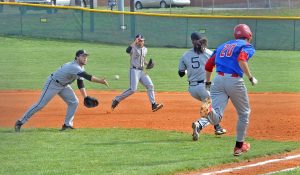 After the Rebels’ loss to Mercer, they turned around to beat Rowan County 14-5.

Playing so many games in such a short span has given Wynn a chance to look at some of his younger arms on the roster.

“We’ve got to have guys step up and give us quality innings after a long week,” he said. “It’s showing a little bit here, but obviously if we want to make a run in the postseason, we’ve got to get through these tough games like this. But it’s early. We’re trying to finish off a good week, and that’s what I told the guys, it’s been a heck of a week. Seven games in eight days a lot.” 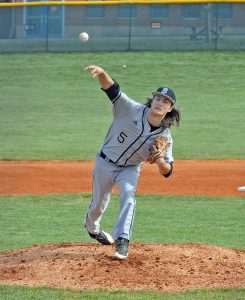 “They love being out here,” Wynn said. “If I ask them if they’re tired, they’re going to say no, but they’ve got to be. It’s a lot of baseball in a short amount of time. We’re still in school, we haven’t reached spring break yet so they’re handling classes, midterms and stuff like that right now. Hats off to them for coming out here and giving the effort that they’ve been giving.”

Mercer’s schedule lightens up slightly with four games next week, including a doubleheader April 1 at Marion County. Shartzer said he hopes the Boyle win is the catalyst for a win streak.

“We were ready for a breakout game. We kind of needed this game after our first four,” he said. “I told the guys yesterday to stay loose, we had a good round of BP yesterday. I told them, ‘we’re going to explode one time.’ I told them that today was the day that we could make that run and start it up.”