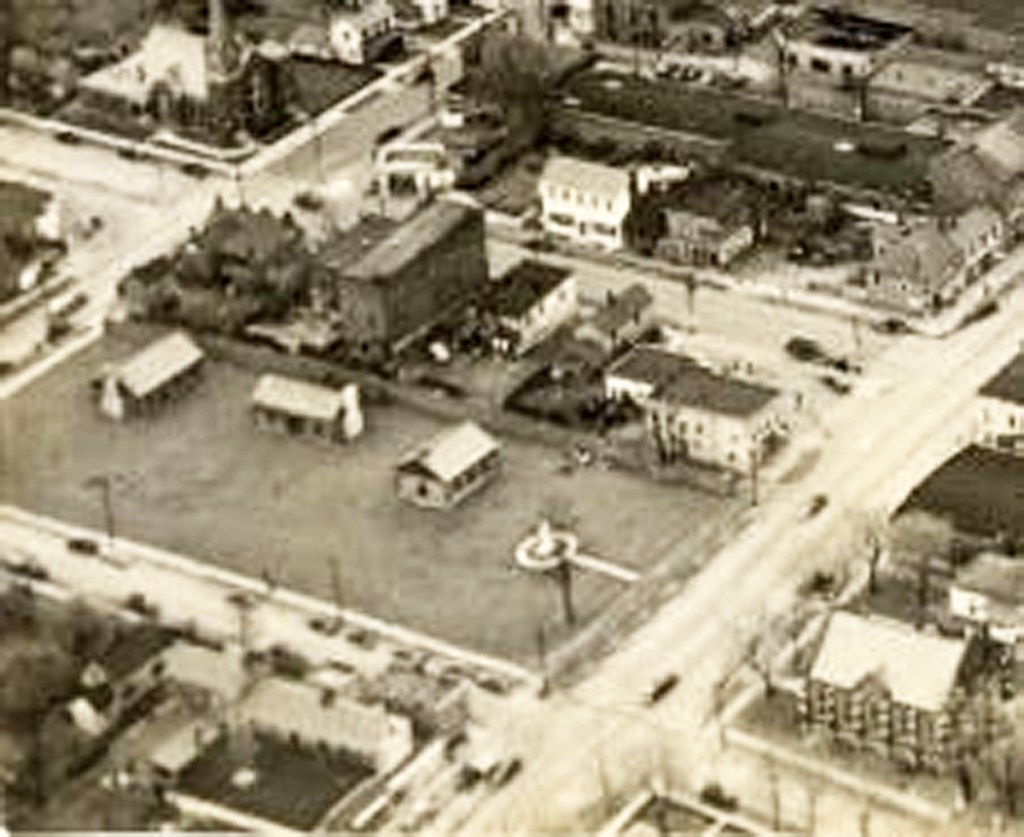 It’s been 75 years since a plaque at Weisiger Memorial Park was dedicated with local and state dignitaries participating in the two-day event, April 20-21,1942.

The dedication was held in conjunction with the state’s 150th birthday and the adoption of the state’s first Constitution 150 years ago.

Governor Keen Johnson and other local and state dignitaries spoke to more than 1,800 people who gathered April 20, 1942, for the ceremony.

He said the new plaque placed on the meeting house log structure on the site honors Kentucky’s pioneers and the framers of the state’s first constitution.

“The supreme challenge of the hour comes to us as Kentuckians and Americans,” Johnson said. “We must exert every energy, expend every resource in hastening the day when we shall lick Hitler and crush Japan. We must be worthy of our sons and daughters of our valiant Kentucky pioneer ancestry.”

He paid tribute to pioneer Kentuckians, who showed “more concern as to how straight a man could shoot than about the property he owned.”

Johnson said the park was a memento of the service here performed by those who charted the course of the commonwealth. He also mentioned descendants of our pioneer forefathers fighting as valiantly for the democratic ideal on the battlefields of the world as Kentuckians fought a 150 years ago.

A group of Kentucky lawyers donated the plaque dedicated by Judge Lafon Allen of Louisville.

“He was the principal debater to the floor and principal draftsman in the committee,” Allen said.

Many of those on the Constitutional Convention committee were distinguished judges and lawyers, he said. Discussions about the Constitution began in 1784 when Kentucky County, Virginia, wanted to break its ties with Virginia and become a separate state.

Judge Samuel M. Wilson of Lexington, chairman of the Kentucky Sesquicentennial Commission, had charge of the program.

Danville school students sang the “Star Spangled Banner” and a parade by the local high school band opened the events of the day.

Emma Weisiger gave the site where park is located to the state.

The local Chamber of Commerce voted to name the park after Emma’s father, John G. Weisiger State Memorial Park, as she suggested but later added Constitution Square to the name.

She objected to the name saying she donated the property to the state with the understanding the name would be in memory of her brother, and the state would rehabilitate the property and erect a monument in his memory.

However, the park was renamed Constitution Square State Park and later became a state historic site while owned by the state.

(Information in this article was taken from articles in The Advocate-Messenger archives.) 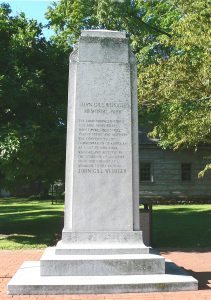 Emma Weisiger placed a tall monument as a memorial to her brother, John Gill Weisiger, near the site where Kentucky’s Constitution was framed in 1792. 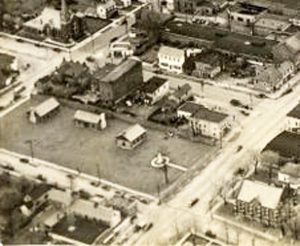 An aerial view of Constitution Square Park shows three buildings and the Weisiger Memorial to the right before the addition of the Second Street property.