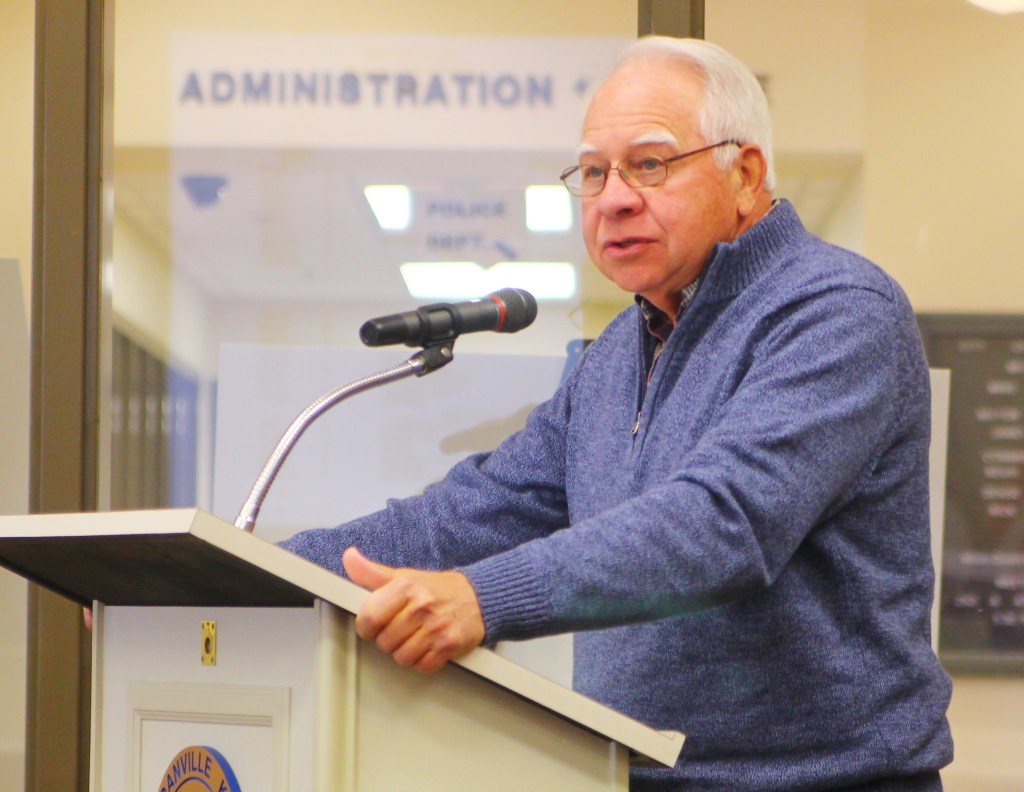 Danville’s mayor is interested in the city and county getting involved in a Planning and Zoning committee that is searching for the next P&Z director.

P&Z Chairman Jerry Leber told Danville city commissioners Thursday that Paula Bary will be retiring at the end of June. The P&Z Personnel Committee has advertised the position and is looking for a replacement who would begin June 1 and take over for Bary on July 1, he said.

“We have searched locally, statewide and I believe nationally, with regard to advertising for this position and we have several resumés on-hand,” Leber said. “That deadline was March 10, I believe.”

Danville Mayor Mike Perros said he would like to know if Danville and Boyle County could be involved in the process.

Danville City Manager Ron Scott said whether that could happen would likely come down to what P&Z’s bylaws say.

“Could you? Possibly yes. Should you? Possibly yes; possibly no,” he said. “We all are concerned and interested in the effective governance of Planning and Zoning, but I don’t know specifically in your current bylaws what the procedures are in terms of personnel appointments.”

Scott said he would look into the bylaws further and consult with City Attorney Stephen Dexter about the possibility.

Plan to stay at four-day week

Leber said the plan is to hire the new director at a salary of approximately $55,000. The position would continue to require a four-day work week in-line with P&Z’s current Monday-Thursday office hours. 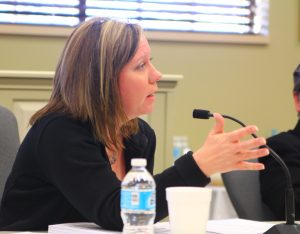 Ben Kleppinger/ben.kleppinger@amnews.com
Danville City Commissioner Denise Terry states her desire to see a new Planning and Zoning director hired for a five-day work week instead of the current four days.

City Commissioner Denise Terry said she has “always been a proponent of having Planning and Zoning open five days (a week) and I probably will continue to be until that happens.”

“With this being a very critical position … I believe that that person needs to work a five-day week,” she said. “And if that involves being here on Fridays by themselves, that’s taking one for the team.”

Terry said she also doesn’t like that when a holiday falls on a Friday, P&Z closes on Thursdays “making that a three-day work week.”

Terry said those issues “need to be addressed.”

“I believe that your director needs to work five days a week — essentially more than 40 hours a week, because that’s what management does,” she said. “And we’re paying that salary whether they are working four days or five days.”

“I echo that sentiment,” Perros said.

Leber said it would cost approximately $22,650 to “go full-staff five days a week.”

“Plain words make for good understanding. If we want to spend $22,650 more of taxpayers’ money, we can go to a five-day work week, however, the staff says the workload is not there.”

“I understand. I don’t have the figures just for the director,” Leber said. “But the staff says the workload is not there, so I can’t personally — when the taxpayer walks up and asks me why are we paying somebody five days when we’ve only got enough work for four, I can’t justify that personally. If you can, I’m fine with it.”

Earlier in the meeting, which was part of Danville’s day-long meeting on funding requests from joint and community agencies, Leber listed P&Z statistics showing how much activity there was in 2016.

Other notes from the discussion on P&Z’s budget:

• Leber said he was disappointed that former P&Z Commissioner Logan Germann was not re-appointed to the commission when his term expired.

In Germann’s place, Boyle County Judge-Executive Harold McKinney appointed defense industry consultant and farm owner Clyde Mullins to the commission on March 13. “I do not want anybody to take any implication that there’s been anything wrong with Logan Germann’s service,” McKinney said at the time.

At Thursday’s meeting, Leber said Germann had been on the personnel committee, which is looking for Bary’s replacement.

“Logan Germann was a part of that but Logan’s term expired and unfortunately from my perspective did not get reappointed. Because Logan has been an invaluable member of that committee.”

• Perros said he is “concerned” about the imbalance of funding for P&Z between the city and the county. The city is providing $75,000 annually, while Boyle County Fiscal Court provides $65,000, he said.

Perros said the city also provides “soft dollar” support by providing P&Z with the space it operates in.

“That’s a significant imbalance,” Perros said, asking Leber if he would “consider addressing that.”

“I’d be glad to address it. If we need to ask the county for more, I have no problem with that personally,” Leber said.

“I would suggest that that be considered strongly,” Perros said.

The P&Z funding request of $75,000 for next fiscal year is the same amount the city provided in the current fiscal year.