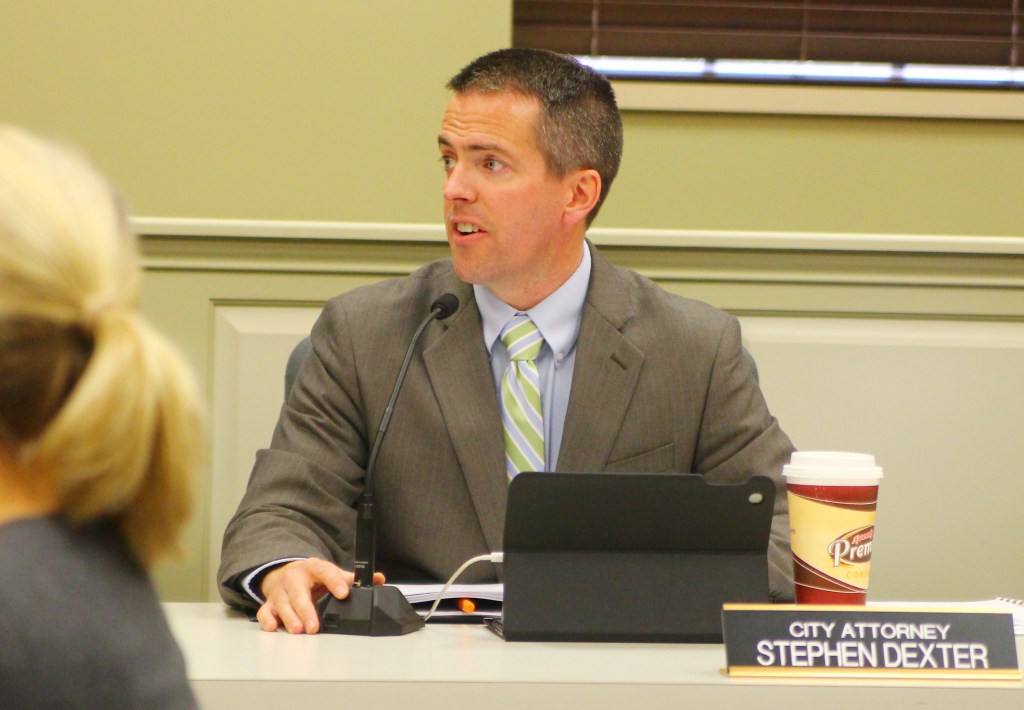 Commissioners passed into law an ordinance creating fines for code violations and approved an energy efficiency agreement that is projected to save at least $465,776 over a 20-year period.

With those two actions, “really, you’re talking about the culmination of 24-36 months of input by commission and prior commissions and a tremendous amount of labor and staff hours as well,” City Attorney Stephen Dexter said. “So they are notable accomplishments tonight that shouldn’t be glossed over.”

City Engineer Earl Coffey said the energy efficiency agreement Danville entered into with Harshaw Trane will be a “game-changer” for the city’s water utility.

Under the agreement, Harshaw Trane will upgrade lighting, heating and air conditioning in many city buildings; and replace water meters, making it possible to read meters from city hall rather than sending drivers out.

The city is funding the upgrades with a little more than $8 million in bonds, but Harshaw Trane is guaranteeing that the upgrades will save Danville a net of $465,776 over the 20-year project.

The final agreement calls for Danville to spend a total of $13.34 million over 20 years — about $650,000 in the first few years and closer to $690,000 by the end. It also lists $13.81 million in positive revenue changes that should more than compensate for the expenses.

Coffey said the costs for Danville could be lower than projected and savings — particularly in water meter revenue — could easily be more than anticipated, meaning Danville could save much more than the guaranteed minimum.

The code violation fines ordinance passed into law creates fines between $50 and $450 per violation, based on the type of violation; whether the violator contests the charge; and whether it’s a first, second or subsequent offense.

Animal violations would have the lowest fines. In all other categories, the fines would range from $100 to $450.

Dexter explained that if an alleged violator appeals a fine, the case would move to district court. Violators who are found guilty would owe the higher fine as well as court costs.

“This has been an ongoing process and I sure hope that it helps us,” Commissioner J.H. Atkins said.

“Public input has been good on this,” Mayor Mike Perros said.

City Manager Ron Scott has said previously that city officials surveyed other cities that have code violation fines and Danville’s schedule of fees is lower than many.

“I didn’t see any that really had lower fines than these,” Scott said in early March. “And many were quite a bit higher, actually.”

State funding allowing CASA of the Bluegrass to expand…