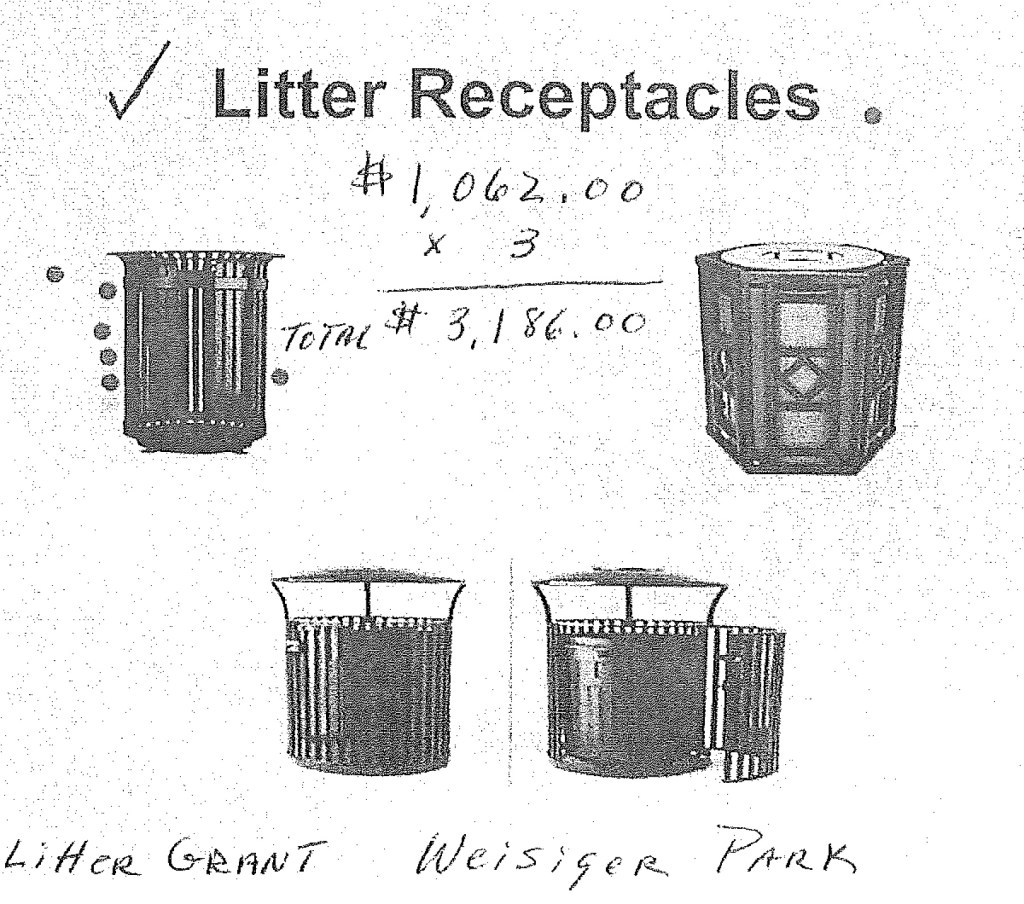 Litter abatement grant money will pay for three trash cans to be installed at Weisiger Park, but it’s happening over the objection of a Boyle County magistrate.

The Boyle County Fiscal Court voted 5-1 to spend $3,186 on the trash receptacles. Magistrate Phil Sammons cast the only “no” vote against the plan.

The litter abatement money was awarded as a grant to Boyle County Solid Waste, but it’s actually given to be used by the county and all of the county’s incorporated cities, including Danville, Perryville and Junction City, Treasurer Mary Conley explained prior to the vote.

Danville has requested that those funds be used to add litter receptacles in Weisiger Park, a city-maintained park on the front side of the Boyle County Courthouse, Conley said.

A document provided by Boyle County shows the price of each receptacle is $1,062.

“My question is why are we involved with Weisiger Park?” Sammons said. “They never got us involved in anything else.”

“I was just asked to make the presentation,” Conley said.

Magistrate Jack Hendricks motioned to approve spending the money and the motion was seconded.

“I have a motion and a second. Despite all the talk to the contrary, all in favor say aye,” McKinney said.

“Record Mr. Sammons as a no,” McKinney said.

New schools named, all school mascots to be Admirals