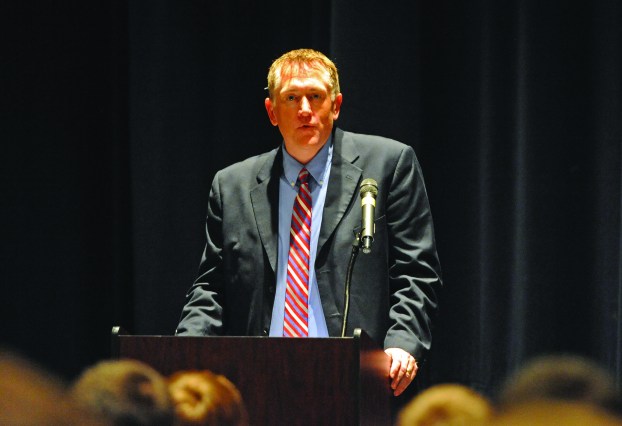 Mercer County will have its third boys basketball coach in as many years when the season tips off next year.

Athletic director Donald Smith confirmed Thursday that Kurt Young was no longer the coach at Mercer, just six-and-a-half months after being announced.

“I’ve been in this business for 20 years, and in college, you have to move a lot,” Young said. “You have to make these decisions way more than you want. We were hoping that (Mercer) was it. We bought a house here, we love everybody here. To make that decision, it was, I was almost physically ill. That just speaks so well to Donald Wayne, to (Dennis) Davis, (Malissa) Hutchins, coach (Chris) Souder, coach (David) Buchanan.

“It was about the relationships that I had built here. Our players and the community, they took us in as family. It just felt like home. That’s the tough thing in this business, sometimes plans change. It’s a once in a lifetime opportunity to start a program at a new school, and in Lexington. It was easily the toughest professional decision I’ve made in my life.”

Young spoke with the Titans on Thursday.

“It was tough,” he said. “It was emotional for me, and I don’t get that way. I think I’ve done it two or three times in my career. One was after the region tournament this year, one was today. I basically just told them, No. 1, it’s not fair to them. I hate that for them, that Trevon (Faulkner) and that class has gone through three coaches. It was nothing that they did.

“Unfortunately, sometimes business, family, long-term things come in to play, and that’s something that they’ll learn. The main thing that I tried to stress was that my phone number will never change. If it’s 20 years from now and I’m still alive and kicking, they can call my phone and I’ll do whatever I can for the players in that program.”

Smith said he hated to see Young move on.

“He talked to the team today and confirmed it with them,” Smith said. “It was one of those best-kept secrets, I guess. People knew before, you know how it goes. We hate to lose him.”

Young was announced Sept. 19 after Josh Cook accepted a job at George Rogers Clark. Young had previously coached at Hopewell High School (Va.) and was an assistant coach at Northern Kentucky University. He previously spent time coaching in Hawaii, Arkansas, Georgia, Florida, Louisiana and Kansas, coaching for 20 years at the college level.

“As I tell folks all the time, when you bring in talented coaches, he did a great job, coach of the year. You just hope that you’ve built something here that they want to stay at,” Smith said. “He said it was the hardest decision that he’s ever made, out of all the decisions he’s made, this was the hardest one. But at the end of the day, I’m back again looking for a coach.”

Young said his time in Mercer helped him improve as a person and professionally.

“Unfortunately, you don’t plan on when opportunities arise,” Young said. “I just feel blessed that I was here. As hard as it is to leave and as hard as it is to make those decisions, it’s still a blessing to me and I think I’m a better coach and person for being here.”

“I’m not even going to think about it,” he said. “Spring break week, I’m just going to get my mind cleared, get away from it all, and I’ll sit down, get with people and move forward. We hope to bring in the best coach here for our student-athletes.

“The timing is never right when you make a coaching change. I’m glad, based on the time last year what I had to get it done, compared to this time now. The biggest thing for me, as an adult I understand it, you have to make decisions. It’s just tough for the kids. This will be their third coach for some of these kids in their high-school careers. Then to have a different coach in the last two years.”

Mercer’s record in the past two seasons has been unrivaled in the 12th Region, despite having two coaches. The Titans won the region title in 2016, going 33-2. This season, Mercer was 25-8 and a repeat trip to the region championship game, with just four region losses in the last two years.

“It’s a stable program, it really is,” Smith said. “We’ve been to the big dance, we were a game away from the big dance and we’ve got a team coming back that is capable of going there. So I’m going to look at the positives. That’s who I am. They’ll follow leadership. We’ll go find another one.”

Young added that he and Cook will be two of the biggest advocates for Mercer in the future.

“Coach Cook is going to be out there and myself, now that’s two extra votes for Trevon next year for Mr. Basketball,” Young said. “I think it’s a Catch 22. I don’t think it’s a negative by any stretch. You want that stability, and it’s going to be there. It was just two unique situations that in the coaching business, don’t happen much. We’re not moving if that program is not healthy.”

Among the list of things hanging in the Danville baseball dugout Wednesday night was a message written in large letters,... read more