The Danville City Commission retreat held in February is when elected officials identified approximately $50 million in capital expenditures that the city needs to make in coming years in order to maintain services. That retreat also produced a somewhat less daunting and more optimistic document, which city commissioners passed as a resolution this week: a “courtesy covenant.” 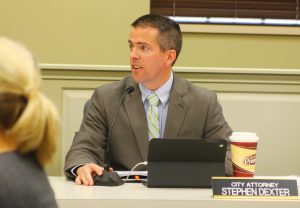 “This resolution is a culmination of the goals you espoused at your retreat,” City Attorney Stephen Dexter told commissioners Monday. “… The purpose of this activity was as public officials to help create confidence in the public in the way you govern by stating how you govern. It aids in transparency and positive conduct and also to heighten the decorum, not only in the manner in which you act, but also the manner in which citizens react with you.”

The 25 covenants passed in the resolution range include general behavior guidelines that commissioners agree to hold one another to, such as “respect one another,” “be civil to one another,” “value mutual respect honesty, listening and civility;” and “be honest and authentic.”

“These are all fine — we act this way anyway,” Commissioner Rick Serres said. “… But what if we go wrong on this? Does this go to the ethics committee?”

“This is about self-accountability or group accountability,” Dexter responded. “… It does not bind you ethically to the ethics commission for any violation of these covenants, but it’s rightfully a document that you’re going to hold each other accountable to.” 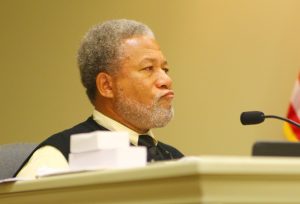 “We should commend ourselves, as well as commend the drill sergeant that assisted us in putting this together,” Commissioner J.H. Atkins said, referring to City Manager Ron Scott, who led discussions at the February retreat day.

“None of us really knew what to expect from that day. I think we all kind of grumbled — ‘what’s Ron making us do now?’” she said. “But it was very good and I think we learned a lot about each other and this is what we came up with about accountability and civility and helping to do our best for our citizens.”

Dexter said this is the first time a Danville City Commission has adopted “something like this.” Scott said Danville’s is the first city commission he knows of in Kentucky to pass such a resolution.

“If the city manager and I and other staff were to sit down and say, ‘how would a dream commission operate?’ It would be the things that are in this list,” Dexter said. “But the power of that day was that this is a list that you developed. They’re your values; they’re your covenants. They just so happen to be very good ones.”

“Of course,” Mayor Mike Perros said, to a round of laughter.

Dexter said the courtesy covenant is something that could be reviewed annually by city commission members, perhaps at annual city retreats.

“It can be each commission’s document, but through a regular adoption process so it’s not just something standard that lasts in perpetuity,” he said.

The commission adopted the covenants through the end of the current commissioners’ terms — Dec. 31, 2018.

Tennis making a comeback with parks and rec board