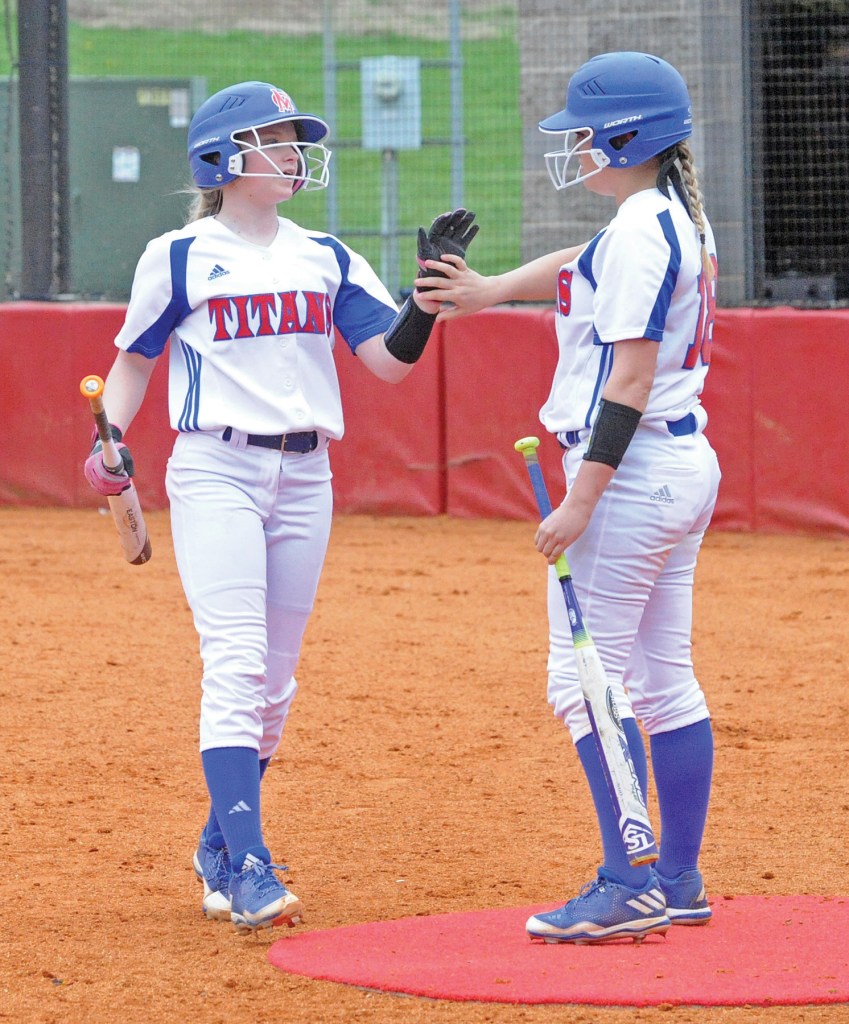 Mercer County softball has had an up-and-down start to the season.

The first week was a positive, finishing 2-1 with a single 2-1 loss to Rockcastle County. Bats were hot and the team was playing well.

Week two was the opposite, with the team finishing 0-3. An 11-3 win against district rival West Jessamine on Saturday has the Titans trending in the right direction, but coach Robbie Tharp wants to see more from his players.

“We’re still struggling. We’re a little sluggish to adapt to pitchers, to make changes,” he said. “We’ve got to get better at recognizing speed differences in pitchers and be able to hit more consistently. Because right now, we’re not putting the bat on the ball consistently. The first weekend of play, we played really well, hit well and played really good defense.”

Thursday’s game against Marion County started slow for the Titans before being called off due to weather: Mercer trailed 3-0 in the bottom of the fourth inning, with the game set to resume April 21.

Tharp said he’s not seeing the same team compared to the start of the year.

“We’re kind of doing the opposite now,” he said. “We’re not playing so good defense, and we’ve had our moments hitting. Now, we’re just kind of back and forth and none of them are consistent. We’ve got to get better consistency through our lineup hitting, and continue to play good defense. We can’t allow them to take four and five outs to get off of the field. We’re still struggling to get out of the gate right now.”

Fortunately, spring break comes at a perfect time for the Titans. After Friday’s game at Western Hills, Mercer will travel to Fort Walton Beach in Florida to play in the Florida Beach Bash along with multiple teams from Kentucky.

“Next week, I hope many layers of things happen for us,” Tharp said. “I hope that us being down there together will help this team bond and become one and play more as a team, be better teammates. We’ve had a lot of talks with them about being better teammates and having everybody’s back, not having jealousy or animosity toward anybody about what is going on. Because we are changing parts in and out.

“Hopefully next week, I can evaluate and get things going, play really good opponents and play in some warm weather. I hope all that pans out really well for us next week.”