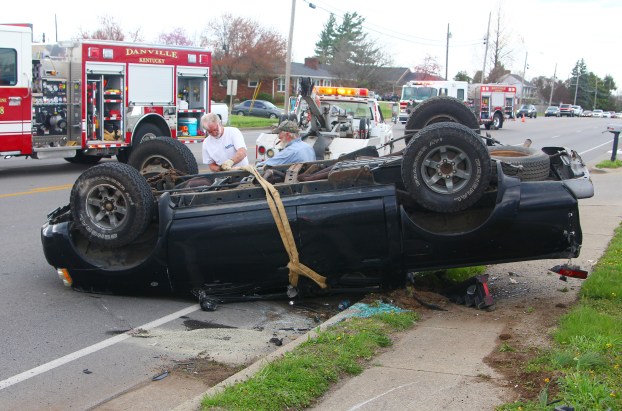 A two-vehicle wreck along Hustonville Road caused a truck to flip upside down and blocked northbound traffic Thursday afternoon. 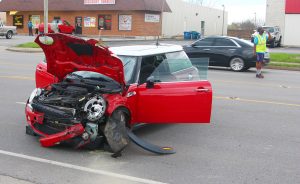 According to the Danville Police Department the wreck was reported as a possible injury accident at 5:35 p.m. along Hustonville Road in front of Giovanni’s pizza restaurant.

The initial impact caused the Nissan to roll over, coming to rest on its roof between the northbound lanes of Hustonville Road and the sidewalk in front of Giovanni’s. Emergency crews treated the drivers on scene, both of which refused ambulatory transport, according to police. The two drivers were released to their parents. Officer Toney Dollins is the investigating officer.