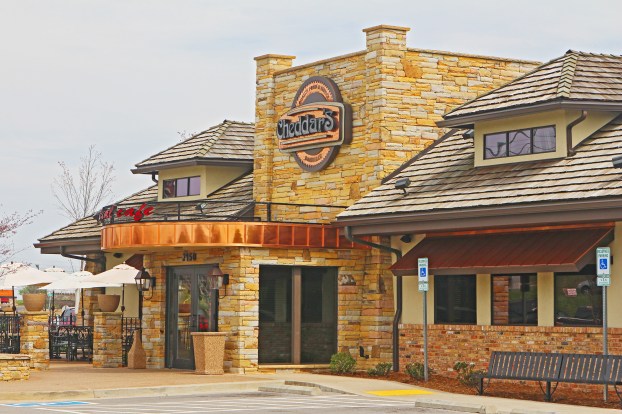 Ben Kleppinger/ben.kleppinger@amnews.com Cheddar’s in Danville will not see much change due to the entire Cheddar’s chain being sold to Darden Restaurants Inc.

Restaurant giant Darden Restaurants Inc. has purchased the entire chain of Cheddar’s Scratch Kitchen restaurants, but the move is not expected to change much at the Danville Cheddar’s location.

Darden announced this week it will acquire the Cheddar’s chain for $780 million. Cheddar’s has 165 locations in 28 states, “with significant growth opportunities in new and existing markets and average annual restaurant volumes of $4.4 million,” according to Darden.

Darden owns a wide variety of restaurant chains in the U.S., including Olive Garden and LongHorn Steakhouse. Its restaurants generate $7 billion in sales annually, according to a Q&A about the sale provided by Danville Cheddar’s General Manager Jimmy Berketis.

“For our restaurant operations team members, nothing changes. Darden plans to operate the restaurants with the same great teams we have in place today,” the Q&A states. “However, there will be significant changes in the support structure that currently exists.”

“There are no plans to close any locations at this time,” the Q&A states.

“Nothing is going to change,” Berketis said of the Danville location. “It’s still going to be the same scratch kitchen, the same food, just different ownership.”

This is the second time in recent months that ownership of the Danville Cheddar’s has changed. In January, Greer Companies, which had been the largest Cheddar’s franchisee, sold all 44 of its Cheddar’s locations, including Danville’s, back to Cheddar’s Scratch Kitchen.

Students in Laura Smith’s fifth grade class at Toliver Elementary School got their first glance of the new wing of... read more