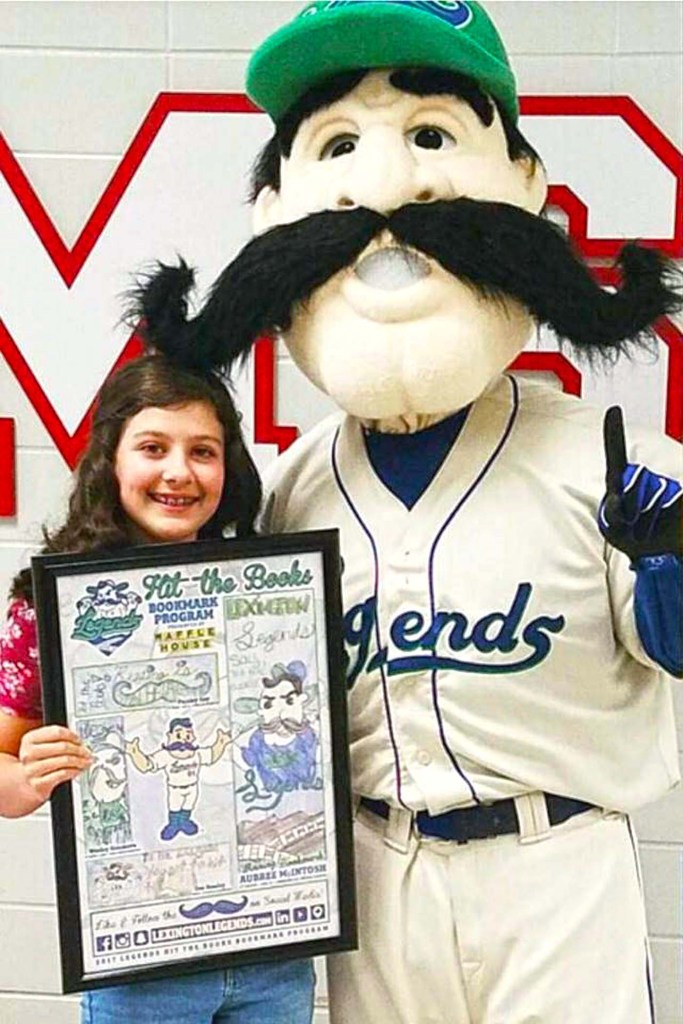 LANCASTER — One Bryantsville teen has knocked it out of the park after designing the winning bookmark in the Lexington Legends Hit the Books bookmark design contest.

Aubree McIntosh, a seventh-grader at Garrard County Middle School, won the contest after her teacher, Sarah Edgington, encouraged her class to enter. 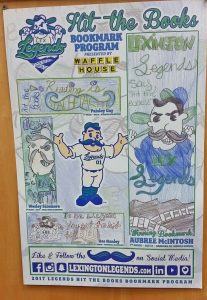 Hit the Books is an education program through the Lexington Legends, which is meant to encourage students to read. When a student meets the incentive and a teacher signs off, the student can earn two free tickets to a game.

McIntosh said she enjoys drawing and had fun drawing the bookmark.

She used Big L as her feature on the bookmark, but said she did not trace his image, just looked at the picture and drew him.

Her parents, Seth and Sarah McIntosh were excited for her, but Aubree McIntosh said she forgot to tell them after she found out when she got home. Her mom saw it on a school-related page.

Besides her parents, McIntosh was sure to mention her little sister, Maylee, who is four.

She also shared about her grandparents, Mark and Sue Reed — the whole family goes to their house to watch UK basketball.

She also visits regularly to check on her horse, which is kept at her grandparents’ farm; she’s been riding for a few years.

She competes occasionally, too — she even competed and won a show last year, riding on a friend’s horse.

“It was fun,” McIntosh said.

But mostly, she just enjoys riding.

At school, McIntosh is a cheerleader, which she said she likes. She’s also a member of the Beta Club and the Academic Team.

“I like Academic Team, too. I like going and competing,” she said. The team went to state this year, she said.

“Dad and I would go out in the yard all the time and practice softball,” she said.

By winning the bookmark competition, McIntosh received merchandise, the poster, and will be invited to throw the first pitch at a game this year.

She is looking forward to watching the baseball game — she’s been to a few Lexington Legends games. Her classmates will be going, too.

McIntosh admits she’s a bit “nervous” about the idea of throwing out the first pitch, but excited.

Perryville, Parksville roads to be resurfaced with state funds