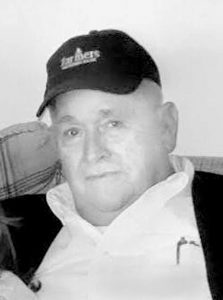 He attended Mt. Freeman Baptist Church every Sunday evening. Heston loved fishing, camping, gardening vegetables (not flowers), and driving fast while listening to Bluegrass music. He also loved his wood stove, and had a huge sweet tooth. Heston was a member of the Earlybird Breakfast Club at Hardee’s.

He was preceded in death by his beloved wife, Moira M. Young and two sons Timothy and Stephen Young.

The funeral service will be held at 1 p.m. on Monday, April 3, 2017 at Stith Funeral Home in Junction City. Officiated by Rev. Curtis Brock, pallbearers will be James Bryant, Will Bryant, Sam Bryant, Ben Bryant, Donn Bryant, and Phillip Brinegar. Honrary pallbearers will be the Hardee’s Breakfast Club. Interment will be at Bellevue Cemetery. Visitation begins at 11 a.m. – 1 p.m. day of service. Memorial donations are suggested to Hospice of the Bluegrass or Heritage Hospice in lieu of flowers. An online guestbook is available at www.stithfuneralhome.net.