Perryville, Parksville roads to be resurfaced with state funds 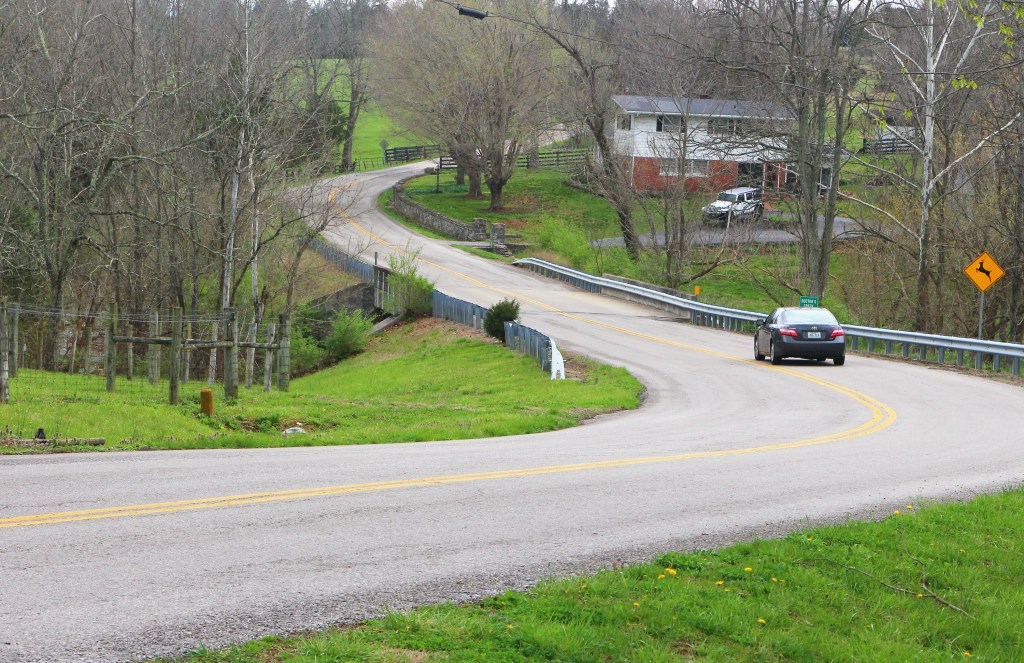 Ben Kleppinger/ben.kleppinger@amnews.com Battlefield Road between Perryville and Perryville Battlefield is one stretch of Rural Secondary road in Boyle County that will be repaved using state funding in the coming fiscal year.

State Rural Secondary road funding will pay for $467,473 worth of resurfacing on two roads in Boyle County in the coming fiscal year.

Boyle County magistrates have approved a plan to use the funding on the following stretches of state roads:

The Parksville project is projected to cost $245,000; the Perryville project is estimated at $215,000. All the funding will come through the state’s Rural Secondary roads program.

But Bret Blair, an engineer with the Kentucky Transportation Cabinet, said the state is no longer asking counties to use their flex funds on state roadways.

“Should you elect to put it on a state road, then we’ve got a section of Brumfield Road. However, the commissioner for the Department of Rural Municipal Aid has asked me to encourage every county to keep their flex funds for use on county roads,” Blair told magistrates. “It sounds contrary to what I’ve said for the last eight or nine years standing in front of you.”

Blair explained the new strategy is to minimize the number of requests that counties make for additional road funding so that the state budget can be more predictable.

“When you make a request for extra money, that’s an un-budgeted request. So they’re basically telling every county, ‘keep your flex funds; use them for your county,’” he said. “Hopefully, the state as a whole will have fewer exceptional requests come in and it will help our entire budgetary situation.”

“Five or six years ago, I walked in and that number was 30 or 40. So Judge(-Executive Harold) McKinney recognized there was an issue, he asked me to look at it, I contacted the people in Frankfort, two or three years back I had one of these meetings with you in which I said, ‘hey, we found there was an error and we got it corrected.’ So the resurfacing cycle has gone down,” he said. “Additionally, you are in an area where blacktopping costs are not as high as other areas.”

The stretch of Brumfield Road that won’t be funded this time will be at the top of the list for Rural Secondary funding next year, Blair said.

Magistrate Jack Hendricks said he has been trying to get a turning lane along U.S. 150 at the intersection with Chrisman Lane for years and questioned how much longer it could take.

Blair said the project is one of a handful of priority projects chosen by McKinney for consideration to be included in next year’s six-year plan.

“We really like the project. We’ve always called it low-hanging fruit,” he said. “It’s not a very expensive project, but it’s a good project that will benefit a lot of people. The last couple of years, we’ve pushed it a lot. It just hasn’t gotten the love it deserves.”

“I think this is the year,” McKinney said.

Blair said under a new formula being used to score different road projects around the state, the turning lane could see a bump in its priority because the formula now values the ratio of cost to number of people who benefit.

Magistrate Phil Sammons was pessimistic that the project would ever progress beyond talk.

“Magistrate Hendricks, you’ll never see it happen during your term as a magistrate,” Sammons said.

“Can we get points for waiting 10 years for it?” Hendricks asked Blair.

“We’re not going to shoot the messenger,” said McKinney, who then moved the meeting on to other business.