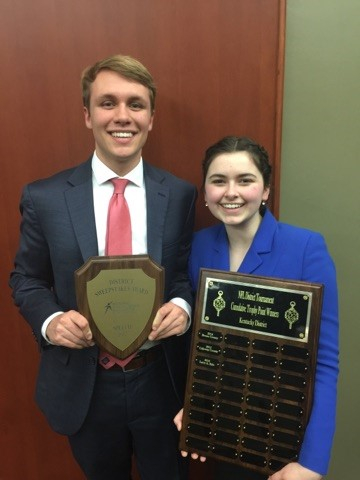 With a win at the KESDA Forum in February, DHS became only the third team in Kentucky history to win all four of these contests in the same year; the other two were the Danville teams of 2008 and 2012.  DHS remains the only Kentucky school to ever win all four of these contests at all.  DHS Forensics takes a break until the national contests in May and June.  The team will host a Spotlight for the public at 7 PM on May 22 in Gravely Hall at DHS.

Police blotter from March 29 and 30