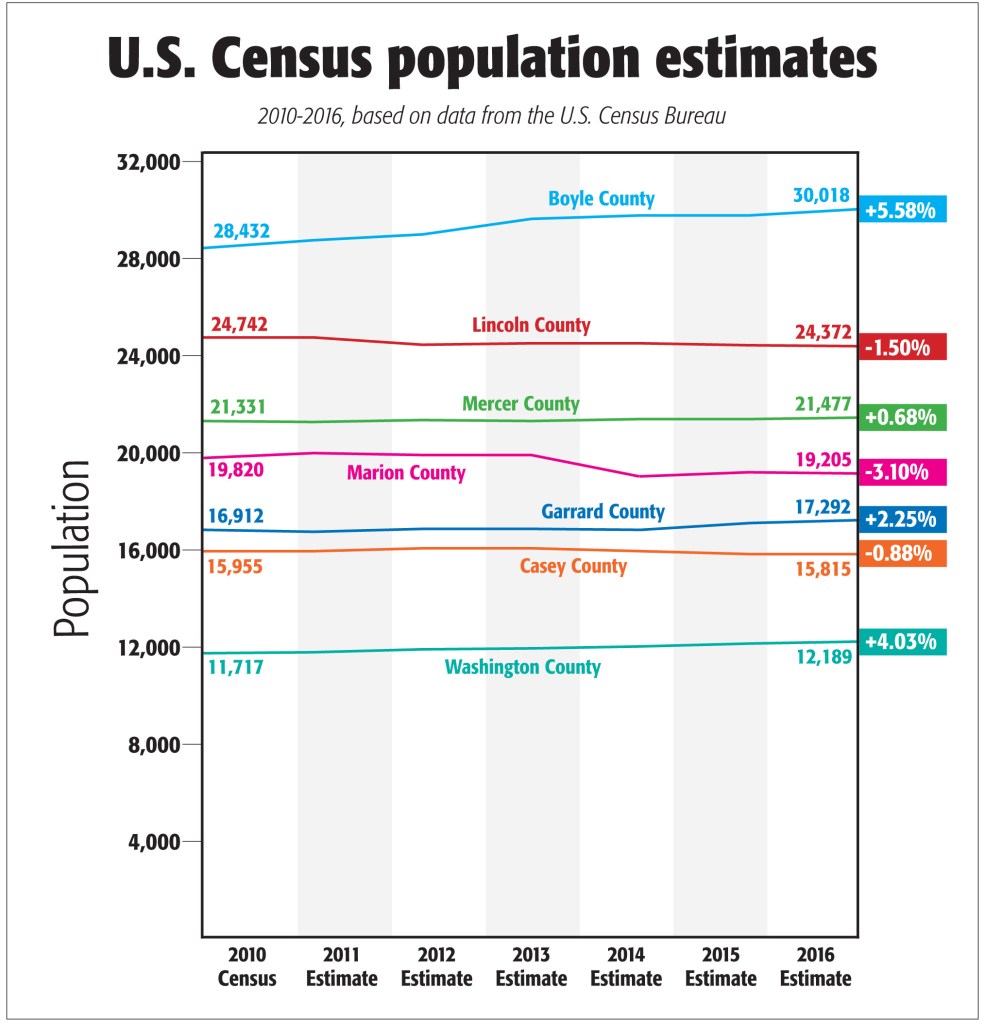 U.S. Census Bureau population estimates for 2016 were released at the end of March and they show Boyle County is estimated to have grown beyond 30,000 population, after 5.58-percent growth since the 2010 Census.

Boyle County’s population has grown by 5.58 percent since 2010, according to recently released population estimates for 2016 from the U.S. Census Bureau. Of the six counties surrounding Boyle, three have lost population since 2010, while a fourth grew by less than 1 percent.

The estimates are reached by using birth and death statistics from the National Center for Health Statistics. Births are added to the 2010 Census numbers and deaths are subtracted. Then, net migration is added or subtracted. Migration is calculated using data from IRS tax exemptions, changes in Medicare enrollment and additional Census data called “group quarters.”

Population loss in the counties surrounding Boyle is anticipated to be an issue in future years, according to data compiled by RKG and Associates, the consulting company heading up creation of a strategic economic development plan for Boyle County.

“In the last several years, since 2000, there’s been a steady population growth in Boyle County, which was a little bit greater between 2010 and 2016,” RKG consultant Laura Callaghan told local economic development officials in December. “But by comparison, recent growth has been at a lower level in the surrounding market.”

“This ultimately has the potential to really impact the economy of Boyle County because Boyle County is an importer of jobs,” Callaghan said. “The fact that the population of the counties surrounding Boyle is declining — there will be an impact on the labor force.”

Boyle County surpassing the 30,000 population mark has potential future implications for how county and city occupational license fees are collected from workers’ paychecks. Watch for a story on this in a future issue of The Advocate-Messenger.