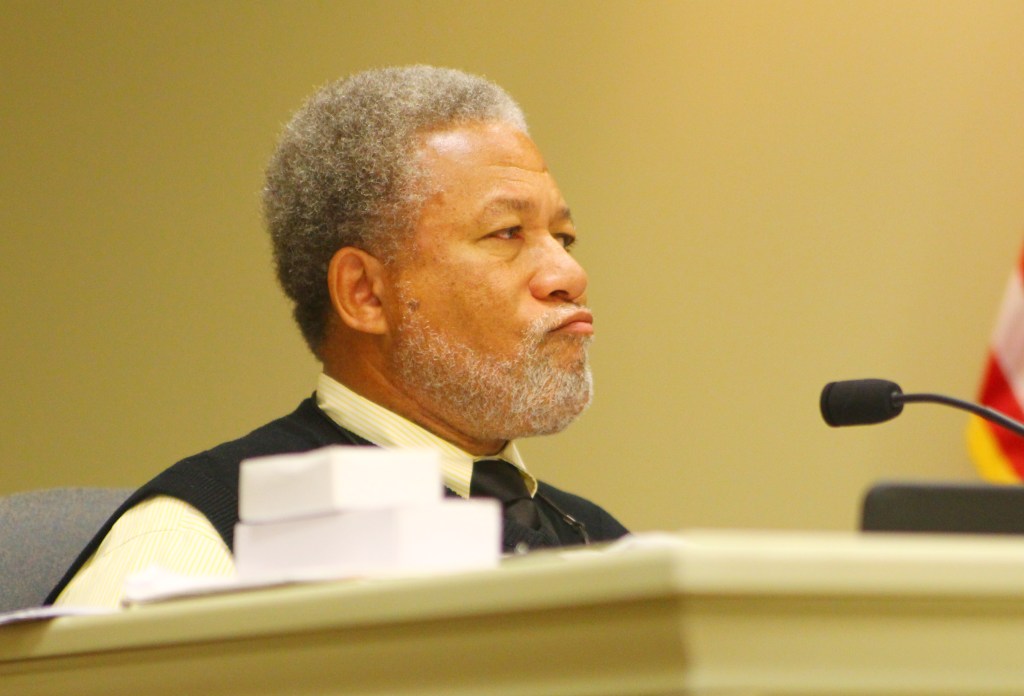 Mid-April is a time for many to return home and spend time with family during Easter. This year, some local organizers are taking advantage of that fact to put on a unique event for local students: a Black College and Career Fair featuring area high school graduates who are minorities.

“It’s sort of like a regular college fair, but it’s also totally different in that we won’t have a lot of college reps talking,” said J.H. Atkins, a Danville city commissioner and one of the organizers of the event. “The representatives behind the tables are all going to be … area graduates. Folks who are coming home for the Easter weekend are willing to pass it forward a little bit.”

As of March 28, A total of 22 graduates from Danville High School and other area high schools had said they would attend the event and talk with local students about their career successes. Dozens more are being pursued or have said “maybe.”

“We have over 97 people on our list and I’m sure we’ve left gobs of them off because it’s only about five or six of us working on this,” Atkins said.

Some of the graduates who are unable to attend are still going to stay in contact with area schools and let the schools know when they are in town, Atkins said. At that point, the schools can set up times for those graduates to visit with small groups of students.

“I knew about some of these young folks, but not all of them,” he said. “It’s been really interesting to find out what some of them are doing.”

Gray, a 1984 graduate of Danville High School, said the career fair is a great idea.

“I think (Atkins) is trying to touch on some professions (that) historically, minorities have not been in or been leaders in those areas,” Gray said. “I think it’s to create interest in those professions.”

Gray called himself “kind of a non-traditional student” coming out of high school. He spent one year at the University of Kentucky before returning to Danville. He worked for Hitachi and Corning Glass before moving with his wife to northern Kentucky for a while.

“We thought about raising a family and all that good stuff, so we moved back home,” he said.

Gray began working for Parks and Recreation in Danville. Well-known public figure Bunny Davis was a city commissioner at the time and wanted to see the city hire more minority police officers. Gray wound up applying and “22 years later, this is where I’m at,” he said.

“I’ve been blessed. I tell people that all the time. I don’t have a college degree,” Gray said. “The biggest thing is you treat people right, you do the right things for the right reasons and things will work out.”

At the career fair, Gray will have an area set up where students interested in law enforcement can talk with him about what it takes to be a police officer.

Atkins said others attending the career fair are college professors, dental school students, a barber, a beautician — his list goes on.

“Lots of people with successful careers,” he said. “And they’re willing to tell their stories to the students.”

Atkins said representatives from Bluegrass Community and Technical College and Kentucky’s two historically black colleges — Kentucky State and Simmons University — will be in attendance as well, and will provide information on scholarships and other “free money” available to help students attend college and get training after high school.

All of the local graduates returning for the career fair are minorities — and that’s being done on purpose, Atkins said.

“The reason for that is: If you’ve ever been to a college fair, regardless of what race or ethnicity you are, who do you talk to? You talk to white people most of the time,” he said. “It’s important for our students (of all colors) to realize that there are successful African-Americans who have come out of our schools.”

Flyers for the career fair are being mailed to Danville middle and high school students and Atkins said efforts are being made to get as many area students — and their parents — to attend as possible.

“We’re really hoping we can get black and white students to come. Hispanic, latino — all these students need to come,” he said.

Atkins said the idea for the career fair came out of a group calling itself the “GROUP of ONE,” which formed while Atkins was running for re-election last year. That group of people promoted Atkins for city commissioner and Troy McCowan for a seat on the Danville Board of Education. Both candidates won and Atkins had the most votes of any city commissioner, making him mayor pro tem. Because of those successes, the GROUP of ONE decided to stick together for more projects.

“This is the first activity that the GROUP of ONE has undertaken,” Atkins said.

The career fair will include giveaways and plenty of information about career options — and it will be a valuable opportunity for networking, Atkins said.

“Kids who want to do something — they can network with somebody from our community who’s already doing it,” he said.

The Black College and Career Fair scheduled for 10 a.m.-3 p.m. April 15 at Danville High School is sponsored by the GROUP of ONE, Danville High School, the Danville Area Chapter of the Kentucky State University National Alumni Association and Citizens Concerned for Human Relations.

According to a list provided by J.H. Atkins, the following area high school graduates have agreed to attend the fair: