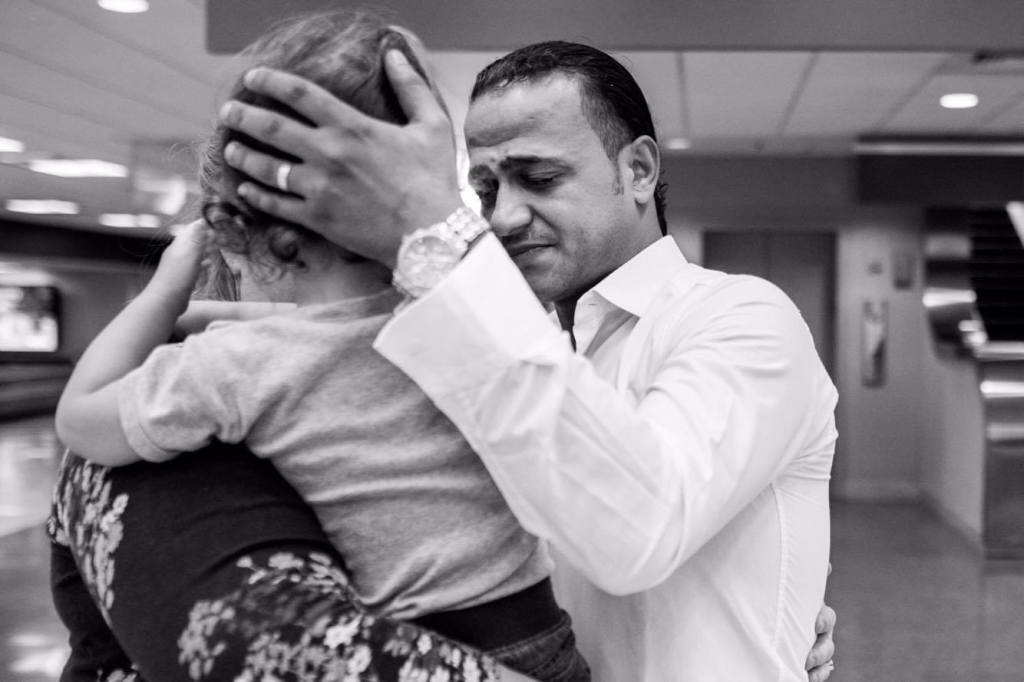 Wednesday was a considerable amount more than just the middle of the week for Tori Morris. For Morris, is was a homecoming celebration like no other. Her husband, Mahmoud Al Saloum, arrived safely at the Lexington airport after close to two years of attempting to get his visa.

“Gosh, what didn’t happen since we last spoke,” Morris said the day before she was to pick up “Ma.” Her voice was light and lively; so much different from when we first spoke in January in order to get their story out.

Her husband, whom she married in Ghana in 2014, had been attempting to get an immigrant visa since June 3, 2015, in order to move to Junction City to be with Morris and their son, Aiden. Just when they thought his time would come, an executive order was signed banning travel from certain Muslim countries. Although Saloum wasn’t living in any of those countries, because he’s Syrian, there was an even greater chance he may have never been approved.

Morris says she’s been told to get an immigrant visa, the average wait-time is roughly 60 days.

Morris says all of his paperwork had been turned in for some time — actually, turned in more than once due to administrative issues and the wait time — so Morris says they thought it could be another two, three, four, five, even six months until they heard anything.

“We just assumed it would be another long, long wait,” she says.

Although Saloum was at the airport as we spoke, Morris was being cautiously hesitant. “I won’t really believe it until he’s here. He’s flying into D.C. and still has to go through customs and all of that, so who knows. You kind of protect yourself, you say ‘OK, it may never happen,’ and you have to be prepared for it not happening. We spent two years doing whatever we could to be OK with the worst outcome, and then we had already prepared ourselves for another long wait. All of a sudden, in less than a week, they tell him he can go.” 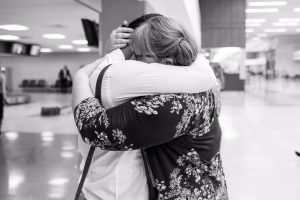 Tori Morris hugs her husband, Mahmoud Al Saloum, who she hadn’t seen in years due to dealing with red tape over getting his immigrant visa. Saloum was living in Ghana but is a Syrian native.

Saloum arrived safe and happy — perhaps a little overwhelmed. A picture shows him holding his hand on Aiden’s head, with his eyes shut. This was the first time he saw his son in person.

“It’s still kind of — it feels like a dream,” Morris says. “We are so appreciative for all of the support and prayers, and are so happy to have our family reunited.”

Morris adds Saloum is very anxious to hit the pavement and look for employment. “I think our plans are to catch up first — to settle into being a family for the very first time — he met his son for the first time. We don’t have any expectations, other than being elated that we’re finally all together.” 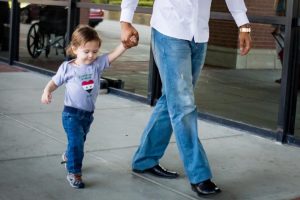 Photos by Amanda Nelson
Mahmoud Al Saloum holds hands with his son, Aiden, after arriving in Lexington Wednesday. Saloum’s wife, Tori Morris, says the entire thing still feels like a dream, after two years of waiting for his immigrant visa to go through.

Event to bring together Boyle, Danville and Centre communities