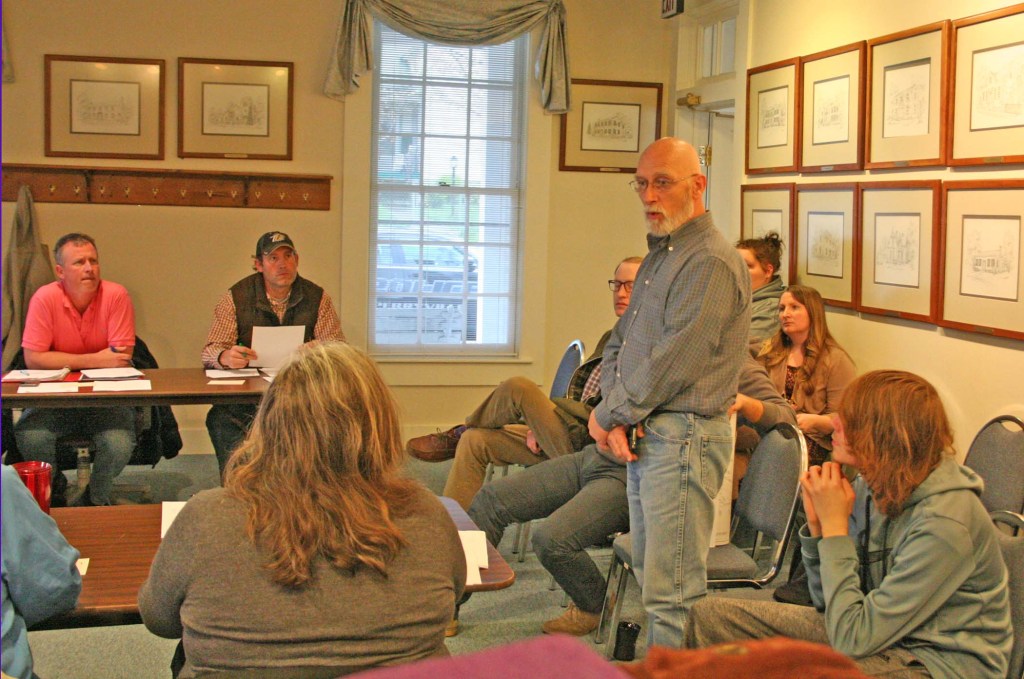 Kendra Peek/kendra.peek@amnews.com Ron Farris, chaplain of the Sons of AmVets post 123, speaks to the Perryville City Council about setting up a donation space in the city.

Council member Paul Webb brought up the topic, because he said someone complained about a dog running loose.

Police Chief Parker Hatter said the ordinance in the city and county stipulates that animal control is to be called in situations of dogs being off-leash, calling it “common practice.” He said a lot of people wait to call for 20 or 30 minutes later.

“A lot of times, when we get the call, the dog is back on (the owner’s) property … There’s little we can do after the fact. It could be a neighbor dispute — not saying anyone is lying,” Hatter said. “If we don’t see it happen, there’s not a lot we can do … If the dog is on (the owner’s) property, it’s good to go. There could be underground fencing. Or if the person is out, and the dog answers to commands.”

There have been complaints of dogs going to the bathroom in others’ yards, he said, and there’s little officials can do about it if it’s not witnessed by himself or animal control.

“We don’t do DNA testing on dog feces,” Hatter said.

Council member Steve Bailey questioned what Hatter was supposed to do if he caught a loose dog. Hatter said he would just hold it until animal control arrived.

“Do you have the means of holding the dog? What if it’s a vicious dog? … Tell them to call animal control — that’s who takes care of the animals,” Bailey said. “If I need Parker at my subdivision or my family’s subdivision, taking care of an urgent matter, I do not want him dealing with a dog. Call animal control.”

• Ron Farris, chaplain of Sons of AmVets Post No. 123, asked permission of the council for the organization to receive donations in Perryville.

• Webb brought up the topic of getting a new computer for the police chief because his is outdated and unable to take updates. Council members encouraged Hatter to use funds the police department was given last year as a donation — $500 — and if it cost more, to return to council next month.