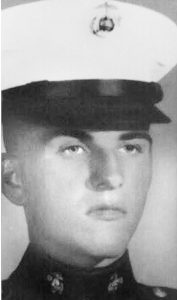 Roy was a veteran, serving in the Marines during the Vietnam War.