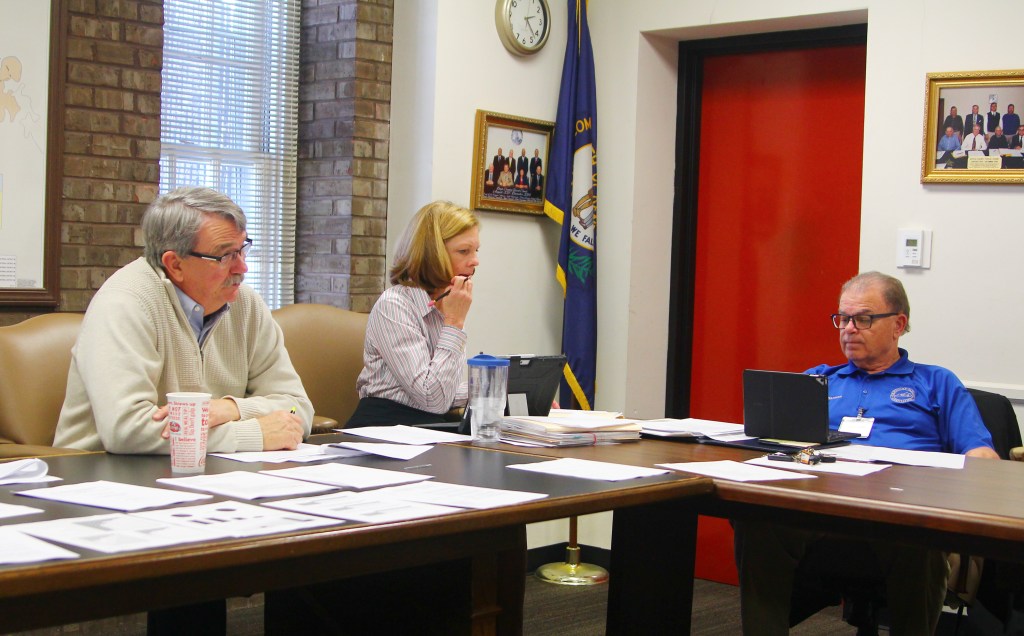 Boyle and Mercer counties are moving forward with a pair of big projects concerning the Boyle County Detention Center.

The Joint Jail Committee plans to review proposals for a new health care provider at its May meeting. And it will review companies that could help build a new jail facility at its June meeting.

The jail is searching for a new health care provider because the current one, CorrectHealth, has said it will not continue to contract with the jail unless it’s paid to provide 24/7 coverage at an additional cost of almost $200,000.

The request for proposals approved by the Joint Jail Committee asks companies for pricing that includes “all staffing services, provider services, medical supplies, office supplies, utilization review and insurance coverages,” but it does not specify whether coverage should be 24/7 or not.

Jailer Barry Harmon said he believes 24/7 coverage is what the jail needs now, due in part to the increase in drug users.

“We’re not the jail we were five years ago. We keep anywhere from two to seven detox (inmates detoxifying from drugs),” he said. “That’s 24/7. If they crash, all we can do is dial 911 and wait for our ambulance to get there.”

Not having 24/7 coverage leaves the jail in a risky situation during early morning hours when no medical staff is at the jail, Harmon said. He held up as an example the case of Ronald Hulette II, an inmate who died in early March 2016 after collapsing at the jail around 4 a.m. on a Saturday.

According to news archives, Hulette told guards he had heartburn before collapsing. EMS personnel were called to the jail and administered CPR en route to Ephraim McDowell Regional Medical Center. Hulette died the same morning at the hospital.

Harmon said if the jail had 24/7 medical coverage at the time, he believes Hulette’s medical issue could have been more quickly diagnosed and treated.

Hulette was not on any drugs at the time of his collapse, he said. But other inmates do enter the jail while on drugs and the jail staff have to monitor them without medical staff present.

“We don’t know what they take,” Harmon said. “They come in with anything and everything.”

Mercer County Attorney Ted Dean said he would like to leave the proposal process “open” to the possibility of a company submitting a proposal for providing less than 24/7 coverage. Any company going through the process of bidding on such a large job should do their due diligence and know whether or not 24/7 coverage is truly needed, he said.

If there is a company out there who can provide less than 24/7 coverage and save taxpayers’ money, the jail shouldn’t automatically exclude such proposals, Dean said.

“We have to balance the liability with our requirements to provide medical care and ultimately, the cost to taxpayers,” Dean said.

Boyle County Judge-Executive Harold McKinney said while the request for proposals leaves open the option for less than 24/7 coverage, he doesn’t think any companies will submit proposals for less.

“I think what you’re going to get from legitimate people is someone there 24 hours a day,” he said.

McKinney said jail officials did meet with representatives from Ephraim McDowell about the possibility of the local hospital taking over health care services for the jail, but that’s not going to be an option.

“While they were kind and listened with an open mind … the final decision there was it’s not a field they want to get into,” McKinney said. “They did say — and I appreciate this — if we did get in a bind, they’re not going to let us go under. But we’re not going to get in that kind of a bind.”

During Friday’s meeting, McKinney asked Harmon if he could live with the potential of not having 24/7 coverage under a new health care contract.

“We’ll live with it,” Harmon responded. “We have for years.”

The Joint Jail Committee also revised its “request for qualifications” (RFQ) document, which is how it is seeking companies to help design a new jail facility.

Boyle County Treasurer Mary Conley said officials have now heard from three companies that may participate. Previously, officials had been dismayed in a total lack of response to the RFQ.

Those three companies wanted to ask questions in order to develop their submissions, but couldn’t because the deadline in the original RFQ had passed on March 31, Conley explained.

The committee voted to remove deadlines for questions entirely and set the final submission deadline for June 9, so that the committee could interview companies who submit on June 16.

Jail officials are working with the National Institute of Corrections to develop a plan for a new or upgraded jail facility because of increasing inmate populations that are overcrowding the current jail. The jail has a capacity of 220 beds, but is regularly at more than 160 percent capacity. The jail population peaked at 402 on Feb. 26, prompting officials to use the Casey County Jail as a “relief valve” for around 15 inmates. Harmon said the population was at 361 on Friday.