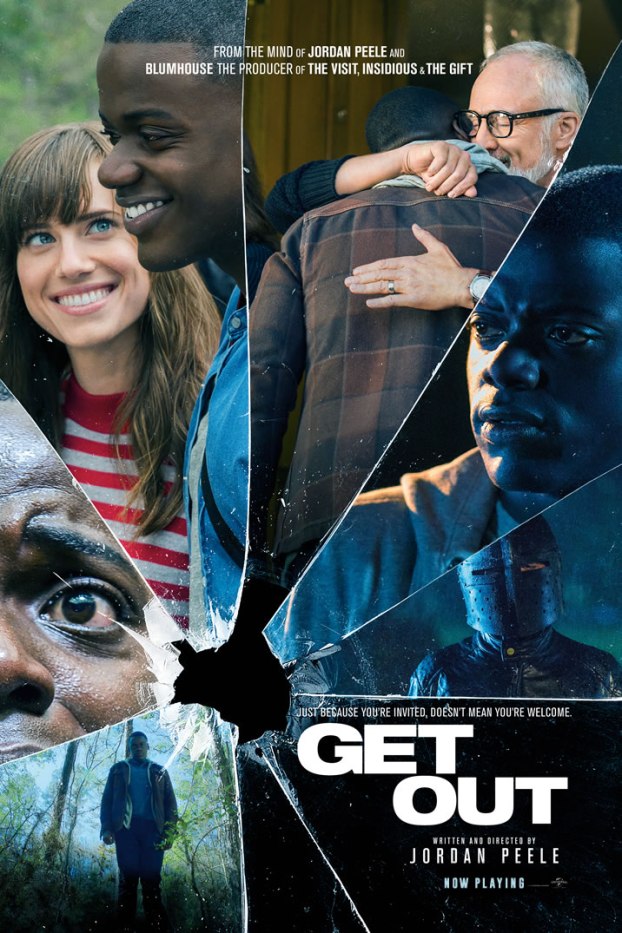 Movie has viewers clawing at the door to ‘Get Out’

Have you ever had the fear of being hypnotized and not being in control of your body? That is exactly what Chris Washington has to worry about in the new movie “Get Out.” This movie features Daniel Kaluuya as Chris Washington, Allison Williams as Rose Armitage, and Milton “Lil Rel” Howery as Rod Williams.

The movie starts with photographer Chris Washington and his girlfriend Rose Armitage going on a weekend trip to her family’s home to meet her parents, Dean and Missy. Once there, guests begin to arrive for the Armitage’s’ annual get-together, where various older white couples take an interest in Chris.

It was at this point in the movie, where the visitors were interested in Chris, when I began to be a nervous wreck from worry for Chris’s wellbeing. Chris shares his discomfort with Rose. While on a walk with Rose, Dean holds an auction for Chris, with Jim, a blind art dealer, placing the winning bid.

The movie then takes an unexpected turn for the worse. Chris is hypnotized by Missy and is kidnapped by the family. To find out more you will have to go see the movie. What I liked about this movie is the actors throughout this movie used realistic emotions to portray what the character was feeling at the time such as Chris’s fear from the discomforting looks the visitors were giving him. The director did a great job with foreshadowing by giving its viewers just enough information to keep them interested, leaving the viewer confused just like Chris is, making the movie even more realistic.

Overall, this movie was outstanding and it held my attention. My favorite part of this movie is when Chris finally understands the weird things that have been happening to him the entire day. He does not give up on hope and comes up with a plan to try to escape.

I would recommend this movie to people who like the conceptual movies where the viewer has to imagine most of the plot instead of the movie giving it outright to the viewer. I personally loved this in this movie because the director did a great job of hiding the plot. I would rate this movie a five out of five anchors because all of the amazing jobs that the directors and the actors did in this movie.