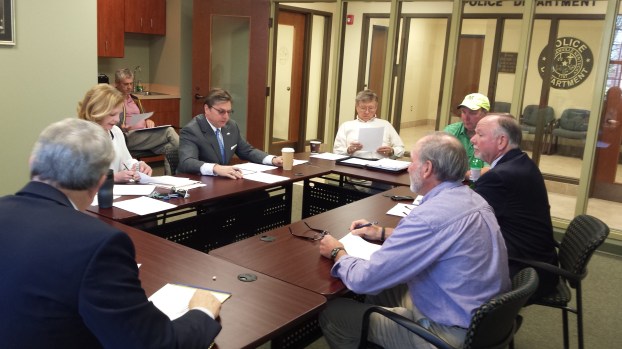 BETTER HOLD IT: For now, restroom improvements at Millennium on hold

Further improvements to the restrooms at Millennium Park will have to wait until the next fiscal year. Officials thought there could be $7,000 leftover from a major upgrade to the park’s athletic facilities and planned in January to use the funds for restroom upgrades.

Members of the joint city-county Parks and Recreation ad hoc committee learned Monday that there would no longer be a surplus.

“We’re still gathering all the bills up … but from what it looks like, there’s not going to be any left,” said Michelle Gosser, Danville’s chief financial officer.

Instead, money for restroom upgrades will have to found in the next fiscal year, which begins July 1.

Parks and Recreation Director John Drake said some restrooms have been painted but the paint does not stand up well to cleats, which players often have on for sports.

Boyle County Magistrate Jack Hendricks said the current condition of restrooms at Millennium Park — specifically those by the playground —is not good.

“I’ve been in there and they’re in pretty bad shape. I don’t blame the women for not using them,” he said. “(Women at the park) will tell you in no uncertain terms that they’re not going to use them.”

Hendricks said Parks and Recreation should take a page from the Boyle County Detention Center and use a special protective coating in the restrooms.

“It’s like a marble sheet on the walls and it goes all the way around — and you’re done forever,” he said. “That’s going to be a permanent fix. You’re never going to have to do anything to it again. I’d be surprised if you did.”

Drake said the problem isn’t just getting the restrooms in good condition — it’s keeping them that way.

“The reality is that when you have a four-year-old going into those bathrooms and trying to do those jobs by themselves, it just takes one to mess a bathroom up,” Drake said.

Hendricks said those kinds of accidents can’t be overcome, but the restrooms still need to be worked on “to get them back to the stage where people are willing to use them.”

The coating used at the jail makes it easier to clean up when there are messes, too, Hendricks added.

A total of eight restrooms at Millennium Park have been slated for improvements, including LED lights with motion detectors and automatically flushing toilets to help reduce smell issues. Hendricks has previously said the bathrooms need more changing tables and there are doors that do not close or lock.

When people walk in to Danville City Hall on Fridays and see that the Danville-Boyle County Planning and Zoning office... read more