Cry after your last game 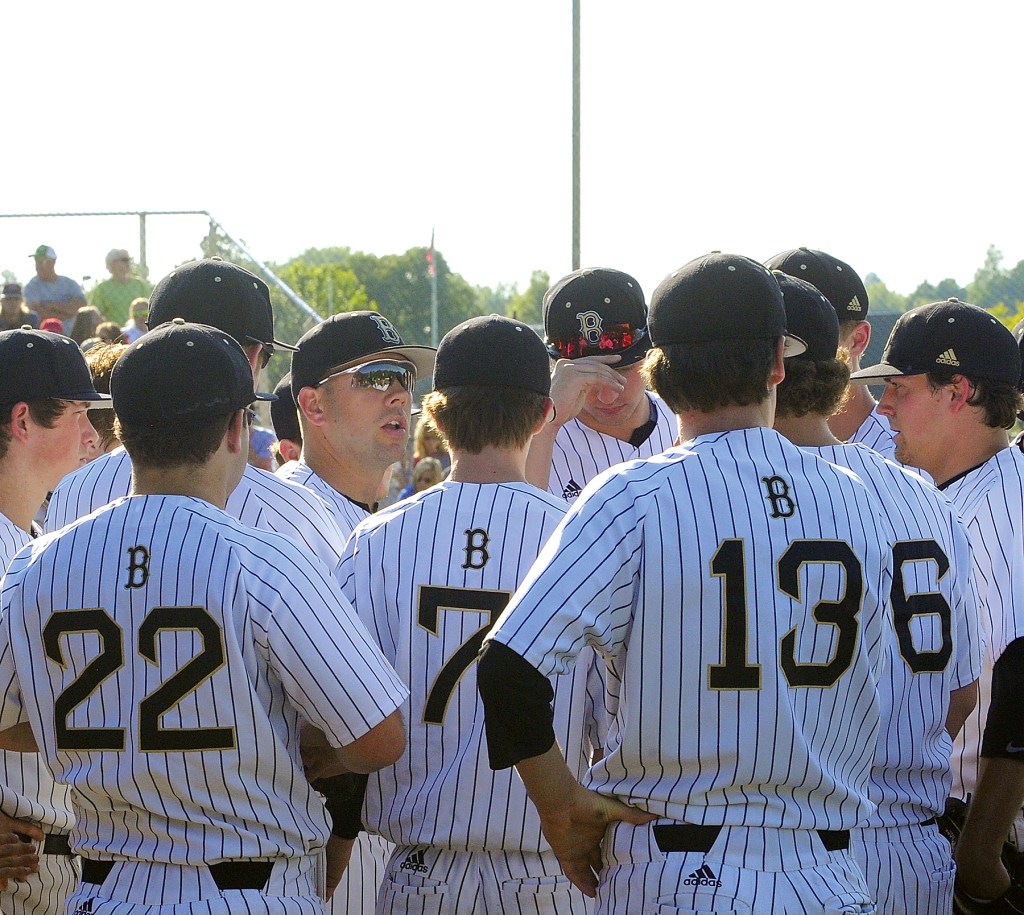 EDITOR’S NOTE: The Advocate-Messenger approached area high school spring sports coaches about writing a column for publication. This one from Boyle County baseball coach Kyle Wynn is the fourth of 11 stories to appear in the paper each Tuesday through the end of May.

I’m just a freshman, now I’m just a sophomore; I’m only a junior; wow, I’m a senior … but I still have 36 games left. Cue the final out of the playoffs. What’s your reaction?

Very rarely did I get nervous as a player. Why? Sure there are pressure situations where I was

nervous (remember I didn’t say never and I’m not claiming to be Michael Jordan), but I had some personal, physical impact on the outcome of the game, whether it be a play on defense or my at bats during the game.

Think about watching your favorite team on TV from your living room in a tight game. How nervous are you? You can’t grab a bat and step in box or take the last second shot. You have to “sit on the sidelines”. As a coach I have some of those same feelings.

Yes, I fill out a lineup card, send a runner home from third or give a hit-and-run sign. But I would love to step in the box one more time. But I can’t. Never will.

As much as I would love a call from my beloved Cubs manager Joe Maddon to suit up one more time, it’s not happening.

We all want to, though, don’t we? Yes, fellow coaches, I’m talking to you.

We understand the coach’s lecture in the huddle, now. When I look at coaching I look at what were my coaches right about? What did I believe in or understand but maybe I didn’t quite buy all the way into?

There are more than one but let’s keep it simple. Number one on my list is “you’ll blink and it’s over.” Refer back to my opening line; that was me as a high school player hearing my coach’s lecture in the huddle. I wish I would have listened, twice.

I was fortunate enough to play college baseball. I matured as a college student-athlete no question, but evidently not completely. I received the same lecture from my college coach as well. I fully bought in this time, right? Well, I’m just a freshman, now I’m just a sophomore … you know the rest.

The greatest line I ever heard from my college coach, and it still gives me chills to this day every time I say it or even think about him saying it in my mind, is “tomorrow is promised to no one.” He said it with so much passion in his voice you couldn’t help but lock in and trust the man. It almost had hurt or pain in the sound of his voice that you knew he cared so much about you he wanted that to stick with us.

And it has — it was too powerful not to.

I bought in 100 percent to this. How could I not? The chills I got from his voice were enough. I put forth hours in the cages, weight room, etc., to see how good I could be. I was invested, no question.

So shouldn’t I be ready for my last game, the final out of my career? The answer is you never can be. But I still never really thought it would end. I know sounds foolish but I still thought I had another year or two, then another game, etc., but I blinked and it was over. This time for good. Now the coaches’ speeches set in and I understood.

The message set in — when it was over, when it was too late. To this day I can still picture the end of my career.

Our team was rallying for a comeback. I stepped in the box with two outs in the conference tournament with chance to bring my team all the way back. I remember the count, the field, the crowd, I can see the pitcher. I drove the ball to deep left center for what I thought was a for sure double. I looked up after rounding first on my way to second and remember their dugout cheering as the center fielder ran in with ball in his glove. To this day I don’t know how he caught it. I truly believe they snuck a fourth outfielder in like slow pitch softball.

I was stunned. I shook hands with the opposing team and went back to the dugout to put my gear away. I was the last one to leave. Literally just me in an empty dugout. I finally got all of my gear put in my bag and still just sat there.

There was a game after us, and if you know baseball, when you’re playing after a game you take your stuff down the line and start stretching to give the team before you time to get out of the dugout.

The coach of that next team going to use our dugout, who I had great respect for as a player and still do to this day, was near the dugout. We made eye contact and no words were spoken just a head nod but I knew what he was saying … take as long as you need.

I didn’t want to leave that dugout. It was the last time I would ever put on a uniform and I didn’t want to leave to make that official. My dad had to come into the dugout to get me. I wasn’t going to leave. Anyone who has seen the movie ‘A League of Their Own’ knows the most famous line of the film, “There’s no crying in baseball.”

Well, there is and there should be. You should cry your last game. I did when I hugged my dad in the dugout when he came to get me. There’s no shame in that.

Don’t wait until your senior year to realize it’s almost over. Cherish your freshman and sophomore years as well with your teammates and your time together. Blink and it’ll be gone. Listen to that lecture as every coach would love to be in your shoes, even if it was just one more time. However, I would trade that opportunity again for every one of my players understanding and buying into that message.

Invest so much into it for all four years that when the final out comes — you cry your last game.

Kyle Wynn is the baseball coach and athletic director at Boyle County. The Rebels lead the 12th Region with a 12-3 record entering tonight’s game at rival Danville. Wynn is in his sixth season coaching at Boyle, building a 101-77 record with three trips to the region tournament.