Irvin Lee Worthington, Sr., 87, of Parksville, Kentucky went home to be with his Heavenly Father on Sunday, April 9, 2017. He was born at his home near Danville, Kentucky on February 2, 1930, to Obie Sr. and Betty Montgomery Worthington. 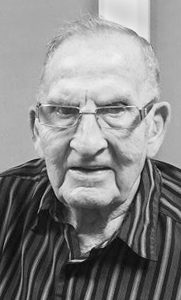 He was the owner of Worthington’s Grocery and Furniture store on White Oak Road in Junction City for 30 years. He loved fishing, farming, singing, and reading the Bible with his family.