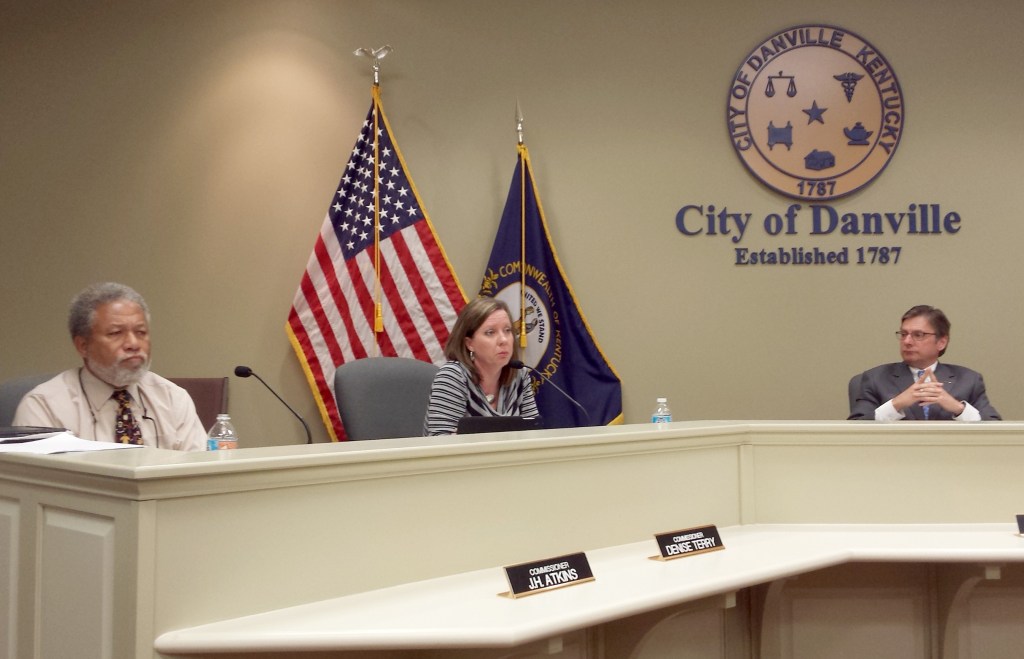 When people walk in to Danville City Hall on Fridays and see that the Danville-Boyle County Planning and Zoning office is closed, Danville Mayor Mike Perros says that sends a bad message.

“That signal to me is unmistakable, it’s undeniable,” Perros said during an extemporaneous discussion about P&Z’s four-day work week at Monday night’s Danville City Commission meeting. “It says we’re not open for business. I just don’t see how you can see that any other way.”

Perros said Danville has a reputation for being “business unfriendly” and having the P&Z office open only four days a week compounds the problem.

“They will say that, ‘well, we can’t justify it economically,’” Perros said. “I find that interesting because how do you know if you have customers if you’re not even there to see? And I still say it sends the wrong message to the public.”

City Commissioner Denise Terry said she has been “very vocal” about her desire to have P&Z open for a full work week.

Terry has pushed for the new P&Z director when hired to work a five-day week.

“We will have a new director in place this year and I think this is a good time to implement this change,” she said.

Terry took issue with advertising the salaried, managerial position of P&Z director as a four-day job.

“Any time you go into management, I don’t care what industry you are in, it is understood that you are going to work at least 40 hours a week,” she said. “And as far as a salary goes, that’s a salary that they will be paid regardless of how many hours you work.”

Commissioner Kevin Caudill said he doesn’t “see what it would hurt to try it.” He said he thinks it’s time to revisit the reason that P&Z went to a four-day week in the first place — the economic recession of 2008 — and see if there’s still a reason not to be open five days.

“They would tell you that the same reasoning applies today,” Perros said. “They would say that the level of building permits has not risen to the pre-2007 level that could make it economically feasible. And while I appreciate that, I’m still left with the absolute point that we need to be sending a signal in this community at every turn that we are open for business and we want your business here.”

Perros agreed with Terry’s comment that it hurts morale of others working in Danville City Hall to have P&Z employees work four days a week.

While Danville provides office space for P&Z in Danville City Hall, P&Z is actually a separate entity, which receives funding from Danville and Boyle County but operates independently.

“I don’t think it’s fair to them when somebody walks in, sees a shuttered door, walks out mad and the first thing they think is, ‘those city employees have it too easy.’ That is not the case,” he said.

Perros asked City Manager Ron Scott to detail the impacts he sees at city hall from P&Z being closed.

Scott said there is some number of people who come in on Fridays for P&Z, discover that it’s closed and go to another city office such as code enforcement for assistance instead. That “limits normal flow of work,” Scott said.

The situation also “to a certain degree” affects morale, in part because P&Z employees get the same health benefits that full-time city employees get, but they only work 32 hours per week.

“That’s terrible — I hadn’t thought about that,” Perros responded.

City Attorney Stephen Dexter said it’s not within the city commission’s authority to dictate to P&Z how to operate, but the commission can definitely have input as one of the two major funding sources for the agency.

Danville City Commission provides $75,000 for P&Z to operate, while Boyle County Fiscal Court provides $65,000. Perros said last year, Danville decided to up its contribution for P&Z in the hope that the agency would expand to a five-day work week.

Commissioner J.H. Atkins asked city staff to look into how much Danville used to pay for P&Z prior to the economic collapse and the shift to four days. Chief Financial Officer Michelle Gosser said Danville actually paid less for P&Z when it was open five days a week.

“Our allocation to them has increased since 2008,” Gosser said. “… They just keep getting bigger, they haven’t gone down any.”

“Plain words make for good understanding,” Leber said at the time. “If we want to spend $22,650 more of taxpayers’ money, we can go to a five-day work week, however, the staff says the workload is not there.”

As discussion of the issue wrapped up Monday night, Atkins suggested the commission set up a workshop with the P&Z Commission, P&Z staff and Boyle County Fiscal Court to hash out the work week issues. His motion to that effect was seconded by Terry and the commission voted unanimously in favor.

Danville commissioners voted unanimously to have City Manager Ron Scott organize a workshop session among Danville, Boyle County and Planning and Zoning officials in order to further discuss P&Z’s four-day work week. A date for the meeting has not been set.

Campers and volunteers needed to horse around at Anything is…