EDP seeks up to $170K to implement strategic plan 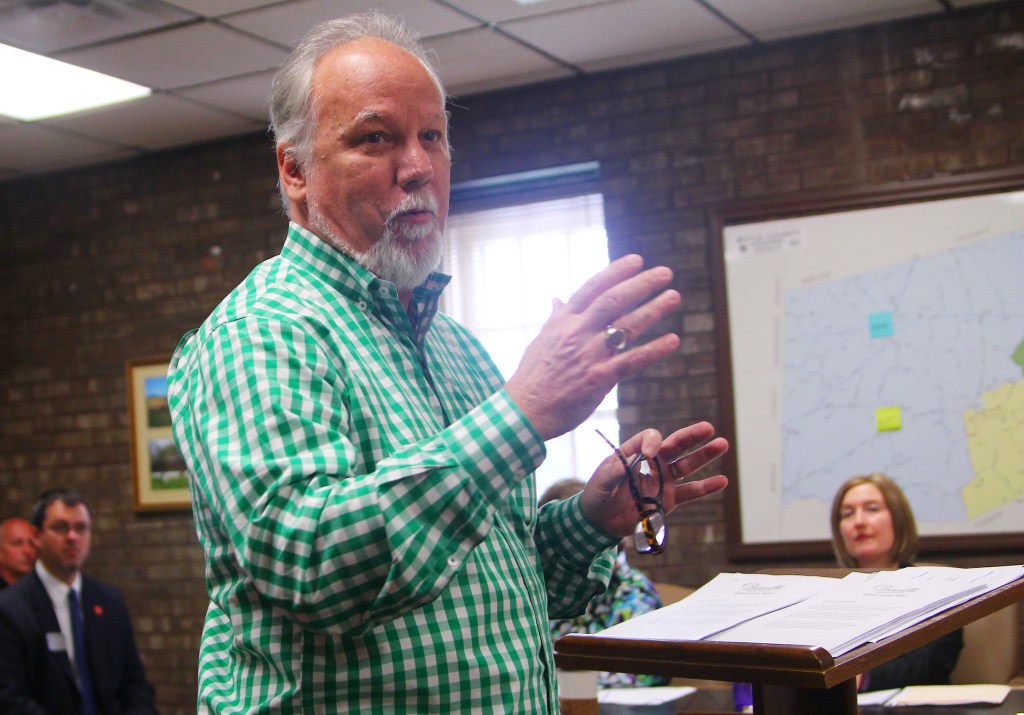 One-hundred and seventy thousand dollars is the approximate figure the Economic Development Partnership says it could use to implement new strategic economic development measures in Boyle County.

How much of that amount is actually available will be up to Danville, Boyle County, EDP partners and local industries.

The EDP’s “expanded” budget was given to Danville City Commission and Boyle County County Fiscal Court this week. It identifies spending increases in five main areas that would allow the EDP to pursue the economic development goals created by consulting company RKG and Associates.

According to an executive summary of the expanded budget from EDP Chairman Ben Nelson:

• $38,763 would allow the EDP to upgrade a currently unfilled “project manager” position into a “VP/COO” position and hire someone more experienced to promote Boyle County;

• $110,260 would expand the EDP’s marketing budget for things such as business “recruitment, retention, expansion, promotions and communications;”

• $15,036 would “replace a broken copier” and pay to “increase purchased administrative services for the economic development professionals;”

• $14,500 would pay for a regional job fair and for the EDP to take over as the lead organization on workforce development; and

In total, that’s $179,159. However, the expanded budget also finds savings of $8,500 in partner support and services, bringing the total proposed increase to $170,659. That number isn’t firm as details of some line items are still being worked out, EDP personnel noted.

The EDP did not propose how the additional expenses would be paid for. That was done on purpose to let those who provide EDP funding decide on their own how much they want to pay for.

Nelson said funding can come from Danville and Boyle governments, but it should also come from local industry.

“We’ve already … upped the amount of Chairman’s Circle donations (from private businesses). This year we’re trying to get $15,000 extra; next year, we’re saying $30,000,” he said. “… We think that private piece needs to continue to grow.”

Grants are also a potential source of funding, he added.

“We’re not just looking for taxpayer dollars,” he said. “We think to drive economic development for Boyle County, we need to grow our revenue as aggressively as we can.”

Nelson said the expanded budget does not include projects the EDP working group considered capital improvements, including the possibility of constructing a spec building in order to attract an industry that wants to open immediately.

The EDP is scheduled to meet with Danville city commissioners Thursday night to discuss increasing the city’s contribution for the strategic development efforts. Boyle County Treasurer Mary Conley suggested the Boyle County Fiscal Court should have a budget workshop with the EDP as well, in order to talk about things and answer questions.

Currently, Danville contributes $145,000 and Boyle County contributes $110,000 annually to the EDP’s $750,000 budget, according to budget documents provided by the EDP. The Industrial Foundation provides more than $127,000; the Chamber of Commerce provides almost $121,000; the Convention and Visitors Bureau provides about $119,000; and Main Street Perryville provides about $4,000.

The EDP hired RKG and Associates last year to conduct a study in Boyle County and develop a strategic economic development plan that can guide economic development efforts for the next five to seven years. The price tag for the project is estimated at about $83,000, with the majority of funding coming from Danville.

Kyle Talente with RKG has developed a “menu” of possible economic development projects for the area to undertake, and he is returning later in the month for another series of meetings as the final strategic plan begins to crystalize.

Nelson said right now, the EDP needs to learn from its funding partners what the priorities are and which of the $170,000 in new projects they want to fund.

“I commit to all of you all that are stewards of taxpayer dollars — we are not trying to do any hoodoo-voodoo. We know you need to be able to explain to your constituency what it is we are doing with their  dollars and I want to make this as rational and as clear as I can in my own little befuddled HR way. So we will work with you at whatever level we can to make sure your questions are answered.”

Danville City Commission will hold a special meeting at 5:30 p.m. Thursday, April 13, to discuss the EDP’s expanded budget, as well as funding requests from other community agencies.

A previous version of this story incorrectly stated the time of Danville City Commission’s meeting. It now correctly states that the meeting will be held at 5:30 p.m. on Thursday, April 13.

Magistrate ‘appointed’ to sit in on search for next…