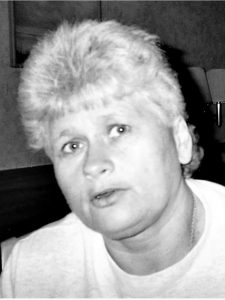 Sharon worked in Guest Services at Shaker Village of Pleasant Hill, and was a member of First Apostolic Church in Danville.

Sharon loved her family deeply, never met a stranger, and was kind to everyone in which she come in contact. She was a member of Post #345 of the American Legion, enjoyed canning, cooking, gardening, and UK Basketball.

In addition to her husband and parents, she was preceded in death by three brothers, Clayton, Ray & Carlos Combs; and three sisters, Francis Smith, Faye McConnell, and Lessa Combs.