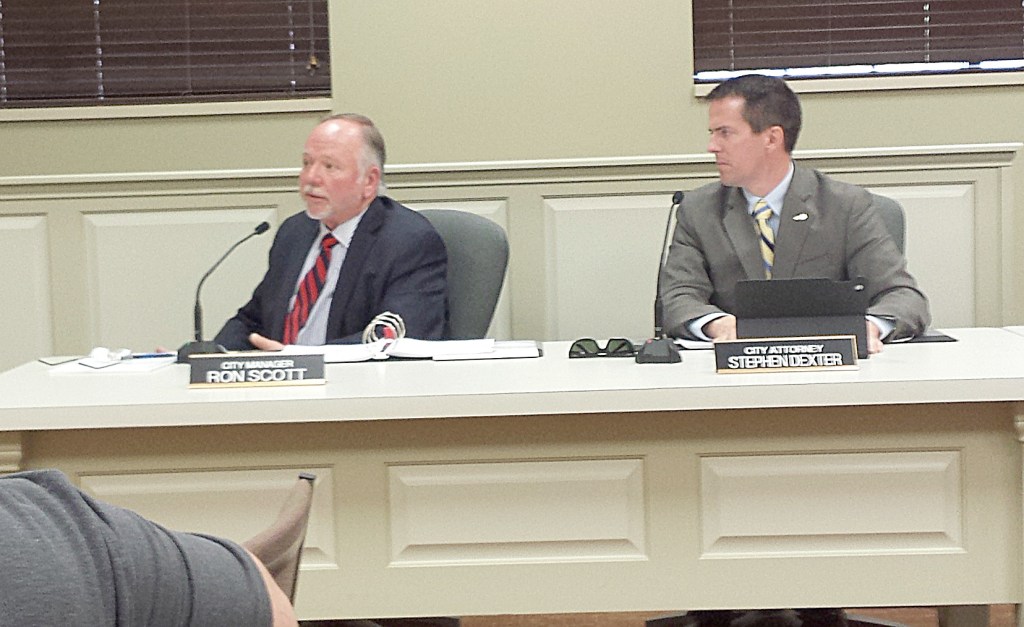 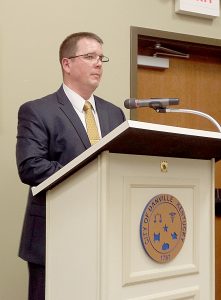 Dr. Eric Guerrant held up those statistics as proof something needs to change in Boyle County, as he pleaded his case to the Danville City Commission this week.

Guerrant said the best way to up the survival rate for heart attack victims is to provide “emergency medical dispatch” through the local 911 center.

Such a service means there would be a dedicated employee on every shift trained to ask questions and coach callers on how to handle a medical emergency — in particular, how to administer CPR.

When a 911 center provides emergency medical dispatch, a dispatcher can begin asking specific questions about the condition of someone having a medical emergency. They can instruct callers to provide some basic medical care, such as putting pressure on a wound, giving someone an aspirin or administering CPR, depending on the situation. And they can relay information from the scene back to emergency responders en route and staff at the hospital, making those people better prepared to do what needs to be done, Guerrant said.

How quickly CPR is administered after a heart attack victim stops breathing has a huge impact on how likely they are to survive and how bad any brain damage might be, Guerrant said. A general rule of thumb is that for every minute that CPR is not administered, a patient has a 10-percent decline in his or her chance of survival. But when CPR is being administered, the chance of survival only goes down by 3 percent every minute.

“We can dramatically decrease the instances of cardiac death in our community,” Guerrant said. “… There is enormous data that suggests emergency (medical) dispatch has a tremendous impact on cardiac arrest survival.”

Guerrant said it could cost between $200,000 and $300,000 to implement. Danville City Manager Ron Scott said the $300,000 amount is the likely cost in the first year of an emergency medical dispatch program, which includes one-time setup costs. After that, it would cost around $250,000 per year.

“I think that’s going to be money well spent,” Guerrant said. “… If we can really show good data and come back and say, ‘hey, look — we’ve gone from a 4-percent to a 20-percent survival rate,’ it’s going to draw people into our community for medical care. The tax revenue is probably going to pay for itself eventually.”

Guerrant said he’s asking for Danville and Boyle County to work out a way to provide the funding.

“We’ve had a lot of discussions about this. What we would really like to be able to do is set a target date for implementation,” he said.

Commissioner Rick Serres questioned if 911 calls could be transferred to EMS personnel en route to an emergency, rather than being handled by additional staff at the 911 center.

Guerrant said that would create a “high risk of bodily injury due to distracted driving.”

“The more eyes you have on the road, the more safety you have,” he said.

Guerrant added there is no evidence showing that such a setup is effective like emergency medical dispatch.

“All the evidence-based reviews support it being done by dispatch,” he said.

Scott said he has not yet tried to fit funding for the program into Danville’s budget for fiscal year 2017-18. Boyle County currently has about “three quarters of a million” dollars held in reserve that is earmarked for 911 services, and it’s possible some of that money could be used to help implement the program initially, Scott said.

“We are having discussions about releasing some of those funds,” Scott said. “So I think the county … is supportive of this idea, but the main limitation is simply financial in terms of doing it on a sustainable basis.”

Scott said based on the support for the idea he is hearing from city commissioners, he plans to bring the commission a recommendation on how it could be implemented.

There are other 911 issues currently being dealt with besides emergency medical dispatch, Scott noted. Danville would like to form an interlock agreement with Boyle County to “define who pays for what service and how the 911 center is to be operated.”

As it stands now, dispatchers are city employees paid for by the city and the city owns the dispatch building.

“The problem is that we have inadequate financial support to fund the total operations, which largely falls on the city to fund. And some users pay nothing, others pay less than what would be optimal or equitable,” he said.

Scott said Boyle County Judge-Executive Harold McKinney is “also hopeful that we can resolve this issue in the next month or two.”

“I’m optimistic that we have a meeting of the minds now that hasn’t necessarily existed in prior years,” Scott said.