Harold Lee Reed passed away April 6, 2017, at Merit Health River Region, Vicksburg, Mississippi. He was 81. Born May 9, 1935, in Stanford, Kentucky, Harold was the son of Amy Evaline Baugh Reed and Clarence Les Reed. He had been a resident of Warren County, Mississippi since 1981. 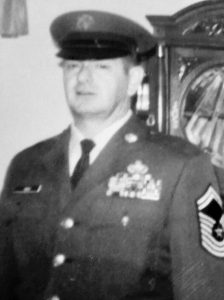 After retiring as a Chief Master Sergeant in 1981, Harold began his career with Grand Gulf Nuclear Power Plant as supervisor of the Security and Fitness for Duty Department. He retired with 18 years of service.

Harold loved the outdoors and was an avid hunter and fisherman. For many years, he served as president of Burnt Ridge Hunting Club. He also enjoyed vegetable and flower gardening.

Harold was a devoted, loving husband, father, grandfather, great-grandfather, brother, and a loyal, devoted friend. Everyone that knew Harold loved and appreciated his tremendous sense of humor and dry wit. He kept his family and friends laughing and shaking their heads with his antics.